Rules of golf: 3 things we WISH were changed in the game

The game of golf has evolved over hundreds of years - why shouldn't we do more to improve the game? 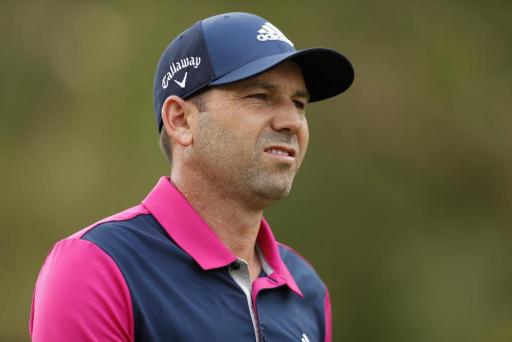 Golf is an infuriating game, there's no doubt about that - but it's made harder with rules we can all agree are extreme.

Here at GolfMagic, we take a look at three rules we regard as ones that could be tweaked to make the game better.

This is a pretty common one. You've smashed a drive and found the short stuff for a change yet you're greeted with your ball coming to rest in another player's divot.

Pretty harsh. Life's unfair right? Sure, there is some propensity to make this rule a little bit blurry should it be changed, after all, what exactly constitutes a divot? People have different interpretations.

We simply suggest this could be changed to relief from fairways only where your playing partners are all in agreement. The same should be true of a sand-filled divot.

It's a pretty simple one really if a player from the group in front rips a drive, then takes a meaty chunk out of the fairway then you land in their spot, why should you be denied the same playing conditions? Isn't this game meant to be about fairness and integrity?

The governing bodies cut back the time you can spend looking for your ball from five minutes to three in 2019. Perhaps this could be amended further.

Hypothetically, if I were to top a tee shot (something that would rarely happen, if ever) and it's gone into the thick stuff, do we really need to spend three minutes clawing around the rough on the off chance we can find it?

Change it to one minute to speed up the pace of play, and drop where your playing partners are agreed it entered. Hit it and move on. Done.

3. Playing from outside the teeing off area

If you've played too far ahead of the markers and you don't correct the mistake - a two-stroke penalty - by the time you play the next hole then you are disqualified.

This feels a little harsh. Golfers do this all the time unintentionally as it's a pretty common offence. The two-stroke penalty is more than adequate. Taking an inch or two on the tee shouldn't be worth a disqualification, in my view.

Even if you were to tee off from the yellow markers instead of the back tees, would you really be gaining two strokes? It's unlikely. Time to have a look at that.

Sergio Garcia’s meltdown in a Royal Greens bunker a day prior to his disqualification for vandalism work on five greens. Story by @SkySportsGolf fills in details. Translations welcomed! https://t.co/UoGmPtTOz4 pic.twitter.com/dQMDN7y2PC

NEXT PAGE: COULD BILLY HORSCHEL REPLACE KOEPKA AT RYDER CUP?

rules of golf
european tour
PGA tour
Ryder Cup
<
Previous
You won't believe how QUICK Dustin Johnson grows a beard - THIS IS UNBELIEVABLE!
>
Next
BMW PGA Championship winner Billy Horschel TICKED OFF over Ryder Cup snub
Latest News
Equipment news
Next Generation Titleist Pro V1 and Pro V1x golf balls debut on PGA Tour
Equipment news
Bad blood and "p***ing off" players: LIV Golf's headache for OEMs
Golf news
GEO Foundation launches Sustainable Scorecard as part of special week
Golf news
Paige Spiranac opens up on size, fat-shaming and being "a loser"
Golf news
England cricket star Jonny Bairstow ruled out for 2022 after freak golf injury
Latest Reviews
Drivers
Are they WORTH IT? Titleist TSR Driver Review | TSR2, TSR3, TSR4
Irons
Caley Golf Iron Set Review | Is this the best value iron of 2022?
Putters
Zebra Putter Review | "One of the most popular golf products ever!"
Wedges
A Spin MACHINE! Callaway JAWS Raw Golf Wedge Review
Wedges
Their BEST Yet?! TaylorMade Hi-Toe 3 Golf Wedge Review
Equipment Reviews
Equipment
FootJoy's Blues Collection is perfect for your game this summer!
Equipment
Peter Millar have an AMAZING selection of golf shorts!
Equipment
The BEST PUMA golf polo shirts as seen on the PGA Tour!
Equipment
The BEST Nike Golf shirts as seen at the PGA Championship
Equipment
NEW VICE Pro Drip Silver Hills Golf Balls: Limited Edition
Latest Tips and Instruction
Tips and Instruction
DP World Tour pro Hurly Long and his meditation technique...
Tips and Instruction
Learn how to chip like a winner on the DP World Tour!
Best tips and instruction
What can we learn from Jordan Spieth's new pre-shot routine on the PGA Tour?
Tips and Instruction
How to NEVER MISS another short putt with Manolo Vega!
Tips and Instruction
Sergio Garcia tells Me and My Golf GREAT driver tip: "Pull the chain!"
Related Articles
Golf news
Golf rules: Are you allowed to line yourself up with your golf club?
Golf news
Rules of Golf: How many shots does this player take with bizarre chip technique?
Golf news
Rules of golf: Did you know this rule about clubs being damaged in your bag?
Golf news
Did you know this rule about teeing up your ball ahead of the tee markers?
Golf news
Do you have to place your marker behind the golf ball on the green?