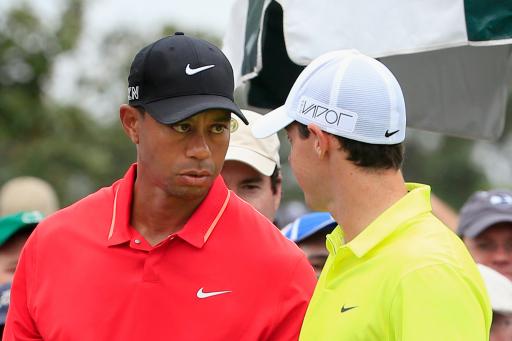 Tiger Woods and Rory McIlroy have confirmed their participation in a Skins Game in Japan on October 21.

According to an ESPN report, the one-day competition will take place at Accordia Golf Narashino Country Club, the Monday before the PGA Tour’s inaugural Zozo Championship, which Woods is also committed to play.

The news comes off the back of disappointing weeks at The Open at Royal Portrush for both Woods and McIlroy who both missed the cut.

Woods missed the cut following rounds of 78 and 70, while McIlroy fought back well with a second-round 65 but ultimately gave himself too much to do following an opening 79.

Home favourite Hideki Matsuyama and Australian Jason Day have also signed up to the skins game, but further details on the format and the prize purse have yet to be revealed.

Woods played a one-day match against Phil Mickelson for $9 million last Thanksgiving, but lost out to his great rival in extra holes.

According to reports, the skins game in Japan gained momentum after Woods' match with Mickelson, and Woods' management team were eager to get something in the books for later in 2019.

"We are in pretty deep discussions about doing that, and Japan would be ideal to do the first one,'' Steinberg told ESPN.com back in April. "It might not be a traditional head-to-head match. It might be something more unique.

This new event, which will reportedly be sanctioned by the Tour, follows the Skins Game that was previously played for 25 years from 1983 to 2008, of which Woods competed in the event seven different times.

Woods hasn't played a fall Tour event since the Tour moved to a wraparound schedule in 2013. He has played just 10 times this year, most recently missing the cut at The Open.