Tiger Woods did not only thrill golf fans on the PGA Tour, but also on the practice ground. 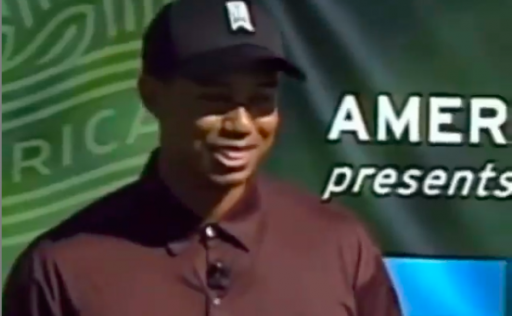 Tiger Woods did not only excite fans with his superb shotmaking and fantastic win tally on the PGA Tour, but he also did it away from tournament golf.

Throughout his career, Woods has spent a lot of time with fans at clinics and tutorials to offer advice and an insight into how he interpreted the game of golf.

Whether it is driving, iron play or putting, the 15-time major champion has always helped the fans who have followed him around the world for decades to watch his greatness.

In this latest video, Woods explained how his father Earl used to describe putting to him at a very young age, so that it made sense and so he could perform as well as possible on the greens.

"Every look I take from the ball is a picture. So I take the picture of that right there, one. At my second look, I take another picture, I get up over the ball. I take the last picture and all I do is think about putting to the picture," said Woods.

"All I am doing is putting to the picture. I'm telling you down the stretch in tournaments, when I'm really nervous, I will go back to that and say 'Come on Tiger just putt to the picture, like Papa used to say'."

When you see and hear someone like the legendary Woods describe a technique so calmly and simply, it makes you think about how you can over-complicate the game in your own mind.

The 82-time PGA Tour winner was a cold killer on the greens. At his peak, there was no one better with a putter in his hands and part of that came down to drills such as this one.

The footage is made all the more poignant as it also shows the loving and heartwarming relationship that Woods had with his father. Their embraces after some of his wins in years gone by have created memorable moments.