Woods cards his lowest opening round at a major in eight years at PGA Championship... 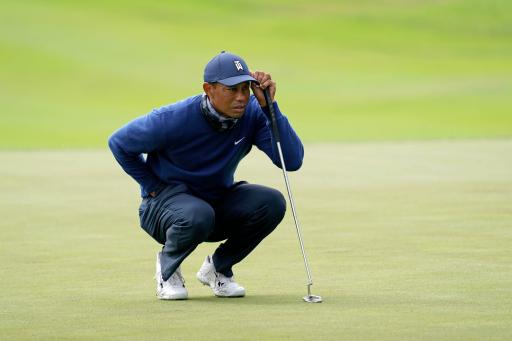 Tiger Woods validated his decision to put a new putter in play on day one at the PGA Championship as he carded his lowest opening round in a major with a round of 68.

Woods has used his beloved Scotty Cameron Newport 2 GSS putter for 14 of his 15 career major wins, but decided to put a new prototype Scotty Cameron putter in the bag at the first major of the year at TPC Harding Park.

Both putters would appear to be similar in their design, with the main difference being the prototype putter has adjustable weights in the heel and toe for Woods to tinker around with.

According to reports, Woods was offered a "seven-figure sum" for his Scotty Cameron Newport 2 GSS putter but the former World No.1 politely refused.

"I've been messing around with this putter for the better part of over a year," said Woods, a four-time PGA champion.

"It's difficult for me to bend over at times, and so practising putting, I don't spend the hours I used to. It wasn't unusual for me to spend four, five, six hours putting, per day. I certainly can't log that with my back being fused.

"Most of the guys on the Champions Tour have gone to longer putters as they have gotten older, because it's easier to bend over, or not bend over, and so this putter is just a little bit longer and I've been able to spend a little bit more time putting.

"It's also very similar to my sand wedge. I putt with my sand wedge all the time at home. I like the feel in my right hand. I like blading putts and hitting the ball in the equator. So it's not unusual for me to be messing around with something a bit longer. I felt I was able to spend the time putting again and log in time, and felt like I was able to get ready for this event."

Woods added: "There's something familiar with my other putter, I've won a few events with it, but every now and again, it needs to be benched and this was a good week for it.

"I've always messed with it. I've had it since, what, '99? So 21 years. I re-grip it all the time because the grip wears out, as you know. If you use it enough times and towel it off, it gets a little bit smaller. So I re-grip it quite often. But that putter is always travelling with me."