"We don't just say, WE DO": American Golf CEO chats to GolfMagic

American Golf CEO Gary Favell spoke to GolfMagic about the golf industry and the company's fantastic investment in inclusivity and participation initiatives. 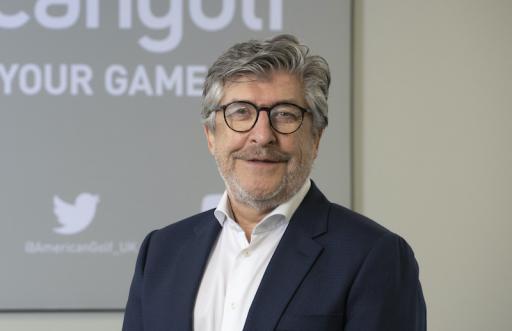 When you think of American Golf, Europe's largest golf retailer, the most popular golf brands, practice facilities and quality custom fitting services would come to mind.

But what company CEO Gary Favell and his team have been focusing on is investing in inclusivity and participation in golf, and this has been successfully completed through a number of different initiatives.

American Golf entered administration in 2018, but they were bailed out by the specialist turnaround investment company Endless. The vast majority of their stores remained open, saving nearly 1000 jobs.

Having navigated the Covid-19 pandemic so far, Favell admitted to the difficulties that American Golf have faced in the last 18 months, but thankfully they have gone from strength to strength since the sport's return.

"The pandemic was difficult for everybody, it was stop-start," said Favell.

"You were open, you were shut, obviously as we are a national company, we had the regional variants. You had some stores down south which would be open, then some in Scotland would be later, or Ireland could be different, Wales could be different.

"Managing these decisions with the government channels that were going on was challenging for all of us. But we got through it with flying colours, and we're really happy with the company."

Investment into stores across the United Kingdom has been a mission for American Golf in the last 12 months, which has contributed to the company's aim of producing facilities that serve the customer and their families.

In March, American Golf introduced their new national flagship store in Trafford, Manchester in which they invested £650,000 for a new Zen Putting Green, GC Quad technology for custom club fittings and a whole host of new features.

Favell also highlighted the organisation's £2.7 million investment into High Legh Park Golf Club in Knutsford as a key contribution to their focus on family-orientated facilities.

In April, High Legh became the first-ever golf complex that was fully owned by American Golf. There is an 18-hole championship course and a 9-hole academy course, as well as food and drink facilities.

"For a young person coming into golf, you're brought up on a PlayStation. If you get to the driving range, you’ll want to use technology. We are trying to address all these things," Favell added.

RELATED: PATRICK REED CONFIRMED TO TEE IT UP AT THE TOUR CHAMPIONSHIP

"The family and inclusivity and putting it all together has really been our main drive over the last couple of years, despite the pandemic.

"We don't see anything other than a success around making the sport inclusive for the whole family for a day out. If your time is short, well guess what, there is a 9-hole course, you can go out for a couple of hours.

American Golf's ideology is ingrained into the roots of the sport. In 2020, they announced their partnership with ISPS HANDA World Disability Invitational winner Brendan Lawlor, who has now become the World No. 1 disabled golfer.

In the same year, they unveiled their investment of £35,000 into the Rose Ladies Series, which is a schedule of competitions for women golfers begun by Justin Rose and his wife Kate which has continued this year.

As well as sponsoring the Leven Gold Medal tournament at Leven Links in Scotland, Favell ensured that American Golf will pursue its promise of backing events at the roots of the sport.

"We are inclusive, we are sponsoring the invitationals and we are very much into equal rewards for ladies," Favell said.

"We are working with Justin and Kate Rose and we are one of the sponsors of the Rose Series. We are involved with Brendan Lawlor who has now become the world’s best disabled golfer.

"We are a commercial business at the end of the day and we have to make returns for our investors, but we are also trying to make a difference in golf."

"So now I think if anyone says ‘it's all words’, we don't just say it, we have actually done it."

It was extremely encouraging to hear Favell's passion for inclusivity in golf and minority competitions that can't reach the same coverage levels as the PGA and European Tours.

It is local golf and stores where people begin and where they are first inspired to take up the game, and I believe inspiration is a key concept in the ethos of American Golf.