Tiger Woods Valspar Championship: Furyk comfirms Woods could be both player and vice-captain at Ryder Cup. 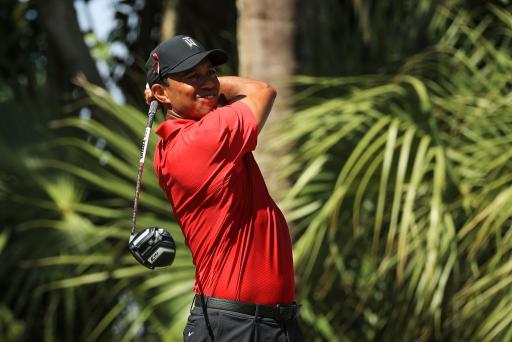 The fourball played nine holes at Innisbrook Resort, with Woods reported to have spent a hefty chunk of time getting used to the greens.

Woods has not played the event for 22 years, but slipped it into the schedule along with the Arnold Palmer Invitational ahead of the Masters at the start of April.

Woods, who will play with Jordan Spieth at the Valspar, was named a Ryder Cup vice-captain in September, but since his impressive return thoughts have turned to him competing in Paris this year.

• Tiger’s got that power back at Valspar! Landscape vids via Twitter (dylan_dethier)

Is there a possibility Woods could hold a dual role as player and vice-captain?

"We left our conversation on the topic of Tiger being a playing vice captain with this: let's cross that bridge when we get to it. But it sure would be a nice problem to have."

If Woods did play at Golf National, it would be the eighth time he has represented the Stars and Stripes in the event.