Is stepping further away from the ball the only way to stop shanking? PGA professional Simon Garner believes it's not 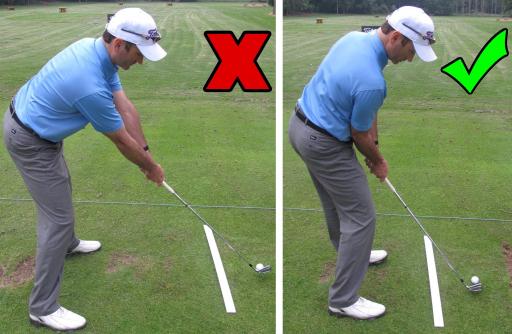 The avoid the shank drill is our second iron play drill in the Iron Play Practice Drills series.

The shank - it's one of the worst things that can happen to you in golf. So how do we prevent it in the most effective way?

Ex-Tour professional Simon Garner has a new method of curing the shank (shown above) that doesn't involve standing further from the ball, as coaches have suggested in the past.

Instead Simon says to address the ball at the heel of the club and then change your swing path to strike it in the middle of the face.

Sounds strange? The next two slides will reveal more.