Another notable name linked with a move to LIV Golf 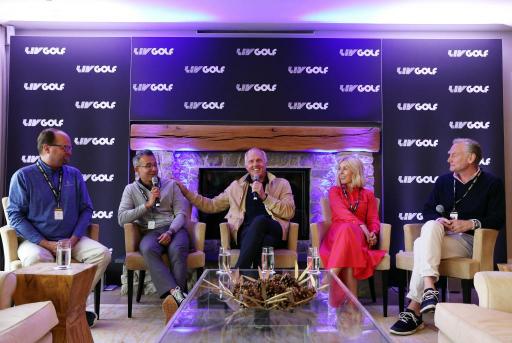 Just days after David Feherty confirmed he was leaving NBC Sports for LIV Golf, it has now emerged that the outspoken Gary McCord could be joining him in 2023, according to Golf Digest.

McCord, 74, had worked for CBS Sports for the best part of 33 years before his contract came to an end in 2019. At the time, McCord was fuming with their decision to fire him.

He is now currently a free agent and appears ready for his next move in golf broadcasting.

#UPDATE: Gary McCord has had two meetings with LIV GOLF, and a 3rd has been scheduled as well; negotiations are in progress for a potential broadcast role alongside Feherty & possibly Barkley. (Via @GolfDigest) pic.twitter.com/LAncAM11p3

Although no deal has been signed, McCord has told Golf Digest that he has had two meetings with LIV Golf CEO Greg Norman and a third is scheduled over Zoom this week.

"You always have to listen to what someone has to say when they are interested in offering you a job, especially at my age," McCord told Golf Digest.

"I’m basically rounding third here, career-wise, and it’s kind of nice to have the phone ring."

In terms of the potential money he has been offered to join LIV Golf, he added: "I told my agent not to mention any numbers because I don’t want to make a decision just based on money. You know me; there are all sorts of things going on in my head."

McCord was a former PGA Tour player and he won twice on the PGA Tour Champions in 1999.

The move was something of a surprise to many in the golf industry, especially with Feherty's own charity for US military veterans - the Troops First Foundation - part of the 9/11 Memorial Golf Fund.

There have also been rumours that Charles Barkley could be joining LIV Golf at some stage, too.