Former Ryder Cup Europe captain Bernard Gallacher has given his thoughts on LIV Golf's CEO Greg Norman and what should happen next. 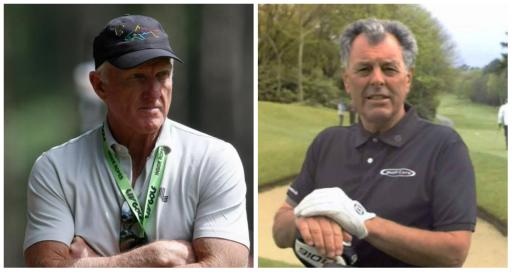 And Gallacher fears that LIV's chief executive Greg Norman is not the man to negotiate any potential compromise between the established tours.

He described The Great White Shark as having "a bullish personality" and not worried about whether he makes friends or not as he is "a savvy businessman."

At present, players who have resigned from the PGA Tour and DP World Tour to join the Saudi-backed series will not be eligible for next year's Ryder Cup in Rome.

Related Articles
What is the International Series on the Asian Tour? Is it linked to LIV Golf?
LIV Golf League 2023: Predicting the 48 players that could start!

Henrik Stenson was stripped of the captaincy by Ryder Cup Europe even before it was announced he was a LIV signee.

Other big names who will likely miss out include the likes of Bryson DeChambeau, Phil Mickelson and Dustin Johnson.

Whilst Ryder Cup Europe stalwarts Ian Poulter, Lee Westwood, Graeme McDowell and Paul Casey are unlikely to ever be involved with the Europeans ever again.

Gallacher, 73, captained Europe in 1991, 1993 and 1995. He told the Press Association's Phil Casey via GolfCare that he believes that for now the PGA Tour will be able to weather the LIV Golf storm.

More: Was Justin Rose taking a dig at the European LIV players?

But he added: "If more and more money keeps getting pumped into LIV Golf, then more golfers will join, simple as that. The traditional Tours won't be able to compete.

"We're in a tricky position now where major champions are switching to LIV Golf and hence potentially not being able to defend their crowns. It's undermining and devaluing golfing competitions on both sides of the Atlantic.

"If things continue as they are, major championships will look completely different in years to come, and we must collectively ask ourselves if that's really what we want.

"A conversation needs to be had and a compromise reached, but I'm not entirely convinced that Greg Norman is the man to have that conversation.

"I think some see him as quite a confrontational character, and you can see why.

"I've known Greg for many years and have played with him several times. He's a very ambitious, savvy businessman but I think he's always had an alternative vision for golf, which has now come to fruition in the form of LIV.

"Greg has a very bullish personality. His whole demeanour doesn't lend itself well to having lots of friends, but we know he doesn't care much about that.

"For me, there needs to be somebody in charge that's amenable to the PGA and European Tours for it to work; Greg Norman isn't that person.

"He's upset the apple cart and ruffled quite a few feathers already and LIV Golf is still in its infancy. It's only going to get worse.”