LIV Golf's Bryson DeChambeau has opened up on one of the biggest mistake as he revealed his 2022 on the golf course was "terrible". 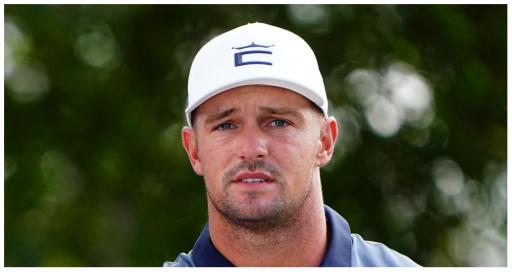 It seems like such a long time ago now, but you might remember Bryson DeChambeau - who now plays in the LIV Golf League - rocking up to a PGA Tour event looking like he had eaten himself.

He hadn't, but his appearance at the 2020 Charles Schwab Challenge was in fact the result of a huge bulking diet in the quest for distance.

DeChambeau's physique was all the more surprising for golf fans to digest because he had emerged looking like The Hulk after he was forced to quarantine during the COVID-19 pandemic.

Related: Why Bryson thinks PGA Tour is "petty and childish"

It was quite a sight. And in absolute fairness to DeChambeau it worked. He led the PGA Tour in driving distance in 2020 and 2021, averaging 322.1 and 323.7 yards respectively.

But it came a huge cost. Now the captain of LIV Golf's Crushers GC side has admitted that he has made a mistake.

Appearing on the 5 Clubs podcast, DeChambeau said he wouldn't encourage others to follow his path.

"I had such huge mood swings from it, I look like I'm 20 again, not 35.
"I ate things that were not great for my system that I was very sensitive to and ultimately it got to the point where it was a little bit too much.
"I ate improperly for almost a year and a half and I was starting to feel weird, my gut was all messed up and so I went completely healthy and went on a Whole-30 diet, got a nutritionist. I was super-inflamed."

DeChambeau was asked why he goes to such extremes in his approach to golf.

"I start out with going to each side and then from there I best fit what works for me. It's a decent way to live life, it can be a tough one at times because it's such extremes but if you don't know one side of the coin to the other, I mean, how can you ever figure out what works best for you? That's what I've done with my life so far.
"I played terrible golf the last year, I played my C game."

So would he recommend his approach?

"No. I mean, get stronger in a healthy way. Go get a blood sensitivity test and figure out what works best for your body to gain size and strength."

It wasn't just DeChambeau's gut that "got messed up". He tore the labrum in his left hip as a consequence of his speed training. It was an injury that heavily impacted his 2022. He was advised by doctors not to play in The Masters but ignored their advice.

DeChambeau also fractured the hamate bone in his left wrist. He exacerbated that injury by slipping over playing ping pong before the PIF Saudi International in February.

That was before all hell broke loose in the world of professional golf and the 2020 U.S. Open champion joined LIV.

Next page: Nine players who went back on their word about LIV