Cameron Smith was pressed on reports he has signed a deal worth $100m with LIV Golf ahead of the FedEx St. Jude Championship on the PGA Tour. 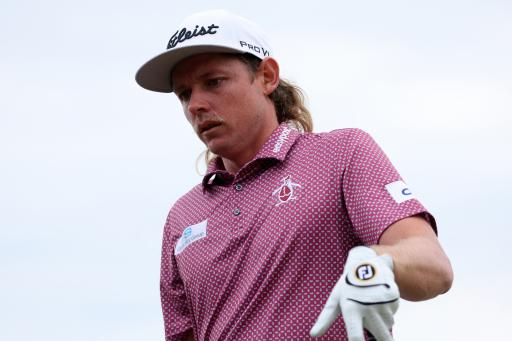 Cameron Smith says any news about his future will come from "Cameron Smith and not Cameron Percy" when pressed about reports he has signed a lucrative contract worth $100m with LIV Golf.

Smith, 28, the 150th Open champion, the winner of The Players and current second best player in the world, is reported to have already signed with the controversial series.

It is claimed by The Telegraph's Jamie Corrigan and Tom Morgan that the Australian will make his debut for LIV after the conclusion of the FedEx Cup Playoffs, which gets started this week with the FedEx St. Jude Championship at TPC Southwind.

The prize purse here this week is $15million, with the winner taking home a whopping $2.7million. Though that obviously pales in comparison if reports are true the Australian is turning his back on the PGA Tour.

Smith spoke to the media whilst golf's civil war finally entered the court room. The attorney representing the LIV Golf rebels appeared to drop a major bombshell about the players' contracts contrary to what was previously claimed.

Such a move for Smith would cause huge embarrassment for the PGA Tour, considering he is in his prime and will be the world's best golfer if he wins the FedEx Cup, toppling Scottie Scheffler.

It would surely end the narrative that LIV is a destination for the ageing stars.

Scheffler spoke to the media before Smith and admitted that he was "surprised" by some of the players involved in the litigation.

Smith told the media: "My goal here is to win the FedExCup Playoffs. That's all I'm here for. If there's something I need to say regarding the PGA Tour or LIV, it will come from Cameron Smith, not Cameron Percy. I'm a man of my word and whenever you guys need to know anything, it'll be said by me."

He was pressed further, and asked if he would like to say "yes or no" if he had already signed for LIV.

Next page: Rickie Fowler splits with his long time caddie