The lawyer asking representing the LIV Golf rebels made a comment that was at odds with what was previously said about their contracts. 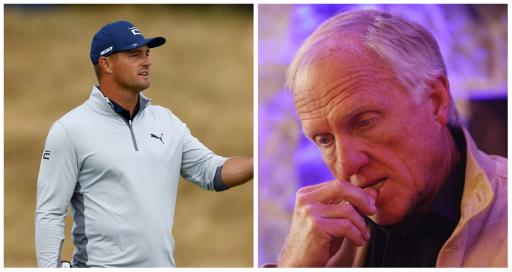 The lawyer representing the LIV Golf rebels in court today against the PGA Tour appeared to drop a major bombshell.

Rumour: Is Cameron Young about to join Cameron Smith over on LIV Golf?!

He told judge Freeman that the "money won" in LIV Golf tournaments is recouped "against the LIV Golf contracts".

This is contrary to what was previously said before the second LIV Golf Invitational Series event in Portland, Oregon, at Pumpkin Ridge Golf Club.

At the time, the LIV Golf communications officer clarified whether the lucrative prize purses on offer were "in addition to the contracts".

Pat Perez, then a new LIV Golf signee, fired a shot at golf analyst Brandel Chamblee in response to this claim.

"He was banging that drum the other day," he said.

This revelation will undoubtedly be explored at a further date.

This court hearing was taking place in San Jose, California, to determine whether LIV Golf players Talor Gooch, Hudson Swafford and Matt Jones would be eligible to play in the FedEx Cup Playoffs.

As part of the antitrust lawsuit filed last week, the players had asked for a temporary restraining order until the full legal situation regarding LIV Golf and the PGA Tour is determined.

You can read the lawsuit filed against the PGA Tour here.

And the PGA Tour's response here, where they argued the LIV Golf players were "fabricating an emergency".

They claim the LIV rebels always knew that they were going to be suspended if they teed it up in LIV Golf events.

The PGA Tour are arguing that by playing for the controversial series, it is in breach of their membership guidelines.

As the court was still in session, it was confirmed by The Telegraph that Cameron Smith, the winner of the 150th Open, has reportedly signed a deal worth $100million with LIV Golf.

Next page: Scottie Scheffler is "surprised some guys are suing us"