Richard Bland says he believes players might be skipping the first two Saudi-backed LIV Golf events to wait and see what happens. 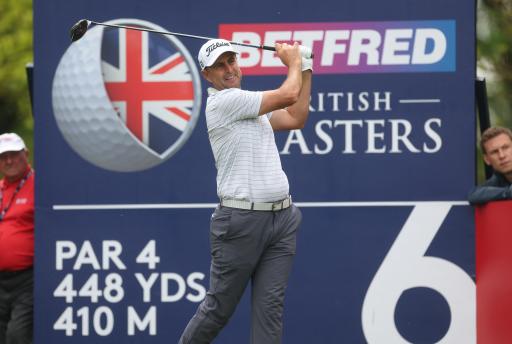 England's Richard Bland has told the Golf Channel "nobody seems to know" what will unfold when players peg it up in the first Saudi-backed LIV Golf Invitational Series opener next week.

Greg Norman's rival league was dealt another blow last Friday after bosses were forced to delay the announcement of the field for the first of eight $25million tournaments in the global series.

Who is in and who is out has been a source of debate over the last few months after Phil Mickelson forced himself into exile over his "reckless" remarks about using the Saudis as leverage against the PGA Tour, among other things.

Largely, we know some of the bigger names that are interested in playing because they have told us. Lee Westwood defended his position over applying for a release at the British Masters.

Last Friday was supposed to be "the big reveal" but instead we were greeted with a wall of silence from LIV Golf Investments.

The Daily Telegraph's Jamie Corrigan reported that some players were having second thoughts about the whole thing.

One of those included Graeme McDowell, but who knows really what is happening behind the scenes.

Are the pros really weighing up the risk to their reputation and futures? It does seem a little chaotic.

A spokesperson for LIV Golf Investments told The Times last week that an announcement will "come soon".

One of the players who has put his head above the parapet Bland, 49, who won the British Masters last year.

He told Golf Channel that he believed it was possible some players were waiting for the first couple of LIV Golf events to get out of the way to see what would happen with sanctions from the DP World Tour and PGA Tour.

"Whether that's the case or not I don't know, that's just kind of the vibe I've got and the assumption I've made," he said.

"Whether I'm right, whether I'm wrong I don't know."

Both the main tours have denied their members releases to play in the first event at Centurion Club.

Bland told the Golf Channel when asked what happens next: "I don't know, is my honest opinion. I guess we'll find out in a couple of weeks."

"I've spoken to [Pelley] about it and we've both kind of put our positions on the table and that's fair.

"Your guess is as good as mine right now. I honestly don't know. I don't think anybody does right now."