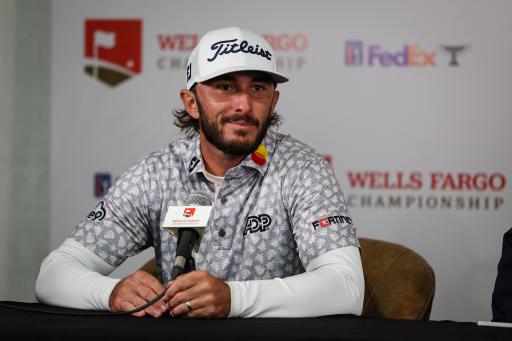 What exactly is going on with the Saudi-backed LIV Golf Invitational Series?

This was a question golf fans and journalists were asking themselves late on Friday afternoon this week.

That promise was to announce the full field for the first event of their global, eight-event $255million series.

But what unfolded was absolutely nothing. We're told that the field will now be announced next week.

It just so happens that next week Jack Nicklaus will host the Memorial at Muifield Village Golf Club.

Norman has previously spoken about how he has often valued Nicklaus' advice and guidance. So how's that for timing?!

If rumours are to be believed, it appears that it's a little bit chaotic behind the scenes at present.

LIV Golf were hit with the resignation of Sean Bratches a few weeks ago.

Bratches was their chief commercial officer and it was described as a "real kick in the teeth" according to The Telegraph.

He reportedly quit after being outraged by the comments Norman made defending the murder of Jamal Khashoggi.

The field was supposed to learn which teams they were in. Now we don't know if something like that will happen.

Phil Mickelson's comments back in February clearly damaged their project. Even Norman admitted that.

So much so that even Norman admitted it led to some players giving back their money.

Still, they ploughed on. And now we are only days away from the 9 June opening tournament at Centurion Club.

We have a rough idea of just some of the players who will occupy the 48-man field.

Who, exactly, will be joining England's Richard Bland?

Rumour has it that Graeme McDowell reportedly was getting cold feet over the project, according to The Telegraph's James Corrigan.

At some point something concrete has to happen lol this is exhausting https://t.co/qR97iaFA4D

Our drama (and gifs) remain in house, typically https://t.co/sSnbOkLHne