Hideki Matsuyama turned down huge money to leave the PGA Tour and join LIV Golf - but could the move still happen in 2023? 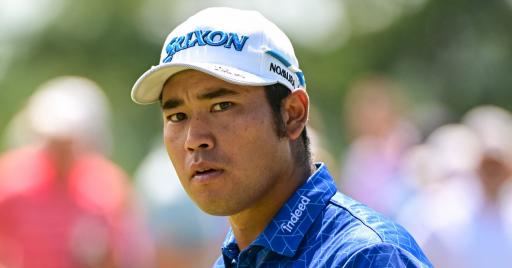 That did not get done either.

At least for now.

Matsuyama is understood to have been offered a signing-on fee to join LIV Golf in the region of $400 million.

That would have made the 2021 Masters champion the highest-paid athlete on the LIV Golf Tour.

The number slapped on Matsuyama's back is a direct result of him being the No.1 sportsman in Japan and Asia.

Matsuyama is quite simply adored in his homeland, and LIV Golf CEO Greg Norman knows exactly that.

LIV Golf, which has now partnered with the Asian Tour and its International Series, has plans to take LIV Golf tournaments all around the world - of which Asia will become a huge part of its movement.

To therefore have Matsuyama on its roster would be huge ahead of a new LIV Golf League teeing off in 2023.

LIV Golf wanted to get him through the door ahead of this week's Boston tournament, but Matsuyama was seemingly swayed to remain on the PGA Tour after hearing Jay Monahan's latest huge plans for the circuit heading into the 2022/23 season.

Matsuyama also knows his title defence of the ZOZO Championship in Japan is only around the corner on the PGA Tour, too.

The eight-time PGA Tour winner is also said to want to continue to build his legacy on the PGA Tour, no doubt something Tiger Woods has spoken to him about given their close relationship.

But all is not yet lost for LIV Golf and Greg Norman, at least according to several tweets from a number of high-profile golf journalists this week.

Latest Saudi LIV Golf defection is official: Cam Smith, Marc Leishman, Harold Varner III, Joaquin Niemann, Cameron Tringale & Anirban Lahiri. Hideki was the one that got away (for now, at least) as he was, from someone in the room, torn between the and his legacy on tour

"Hideki was the one that got away (for now, at least) as he was, from someone in the room, torn between the money and his legacy on Tour," tweeted New York Post's Brian Wacker.

Let’s take a moment to acknowledge that Hideki Matsuyama just turned down a *ridiculous* sum of cash—numbers I’ve heard thrown around are in the $300-$400 million range.

He could still go at a later date, but that couldn’t have been an easy call.

Barstool Sports' Dan Rapaport tweeted: "He could still go at a later date, but that could not have been an easy call [to turn down that sort of money]."

It is true. And for now, the information I handle is that Hideki would be in 2023. Not now. https://t.co/9NGab4CPUr

Handicap 54, which has been bang on the money with just about every signing that LIV Golf has made this season, believes next year is a realistic target: "And for now, the information I handle is that Hideki would be in 2023. Not now."

LIV Golf did manage to get six PGA Tour signings over the line this week, none bigger than World No.2 and Open champion Cameron Smith.

Will Hideki Matsuyama still join LIV Golf or do you think he will continue to build his legacy on the PGA Tour? Share your thoughts and comments over on the GolfMagic social media channels.