How the PGA Tour should fight off LIV, according to Hunter Mahan

Former Ryder Cup player Hunter Mahan has a theory on what the PGA Tour should do to fend off the LIV Golf threat. 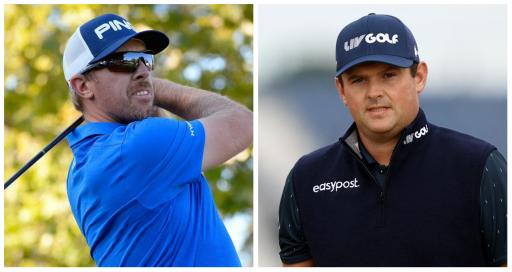 Hunter Mahan has a theory on LIV Golf and what the PGA Tour should do to try and fend off the Saudi-backed series.

If we're being brutally honest, it's clear now that the PGA Tour's attempts to stand pat with legacy and prestige aren't working as they had hoped.

In my opinion, the PGA Tour commissioner Jay Monahan attempted to try and emotionally blackmail the players thinking of defecting when he appeared on the broadcast of the RBC Canadian Open that Rory McIlroy won earlier in the season.

Monahan was asked what he would say to the players thinking of jumping over to LIV Golf.

He asked: "When have you ever had to apologise for being a member of the PGA Tour?"

His question was in course reference to the source of the money. By now you surely know PIF, the sovereign wealth fund of Saudi Arabia, is bankrolling the LIV operation.

It is quite remarkable how much cash they have ploughed into this series so far. On top of the signing-on fees, they are treating the players like royalty. Flying them to events on private jets. Even the caddies can't believe it.

LIV now has momentum on their side and they have been buoyed by their success so far. They've even managed to persuade Henrik Stenson to forfeit the Ryder Cup captaincy.

Cameron Smith, the winner of the 150th Open Championship at St Andrews, could sensationally be unveiled as a LIV Golf signee after the PGA Tour's Fedex Cup Playoffs.

The Australian is allegedly interested given that he is now exempt into the majors for the next few years. He's also said to be offered a figure north of $100m.

Even Hideki Matsuyama is rumoured to be very keen on the idea.

Such defections would be hammer blows to the PGA Tour.

What, exactly, can the PGA Tour do to stop this?

Mahan jumped on GOLF's Subpar podcast earlier this week with his theory: "LIV is selling themselves to the young players, and the PGA Tour is going to have to do that."

LIV has already signed the highly-rated youngster Eugenio Chacarra. He was touted for big things on the PGA Tour but he too was presented with an offer he couldn't refuse.

"They're coming after the young guys. Pierceson Coody — who has already won on the Korn Ferry Tour — if I was the Tour, I’m probably going to walk to him and say, 'You're on the PGA Tour now. We want you on this tour … You are the future of golf.

"We don't need to go through the whole process, we want you here right now.' They're going to have to sell themselves to the young college players."

Mahan, 40, says he reckons the PGA Tour needs to use the NCAA ranks as a "feeder system" akin to the NFL.