A report has revealed the key role played by CM Management in LIV Golf after Henrik Stenson decided to join the Saudi-backed series. 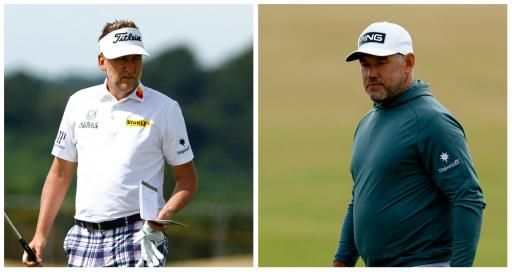 LIV Golf continues to cause disruption and it's no surprise to hear that it's not just the players who are earning a small fortune.

A report by The Telegraph's Jamie Corrigan and Tom Morgan has shone a light on the workings behind the scenes in LIV Golf.

The publication reports that CM Management, based in Banbury, Oxfordshire, represents five players who have joined LIV.

Those players are Henrik Stenson, Lee Westwood, Laurie Canter, Ian Poulter and Sam Horsfield. It is reported that between them their combined signing-on fees with the Saudi-backed upstart totals £70-80million.

Clearly, there is considerable commission to be made for those who broker the deals with the Saudis.

An agent told the paper: "In usual circumstances the agency would take 15 to 20 per cent of appearance fees, but surely that cannot be the case here as it would mean they have raked in eight figures in the space of a few months.

"The consensus is they must be on something like five per cent of the joining fee and a percentage of the on-course earnings, which as first place is $4 million and last place is $120,000, would also be a pretty sum.

"But they won’t be getting much commission from normal sponsorship, because sponsors are walking away from the LIV players, although Poulter has got a crypto-currency exchange on board."

What has also reportedly raised eyebrows at the DP World Tour HQ is that CM's managing director previously worked for the Tour until last year.

His name is Ollie Banks and he was previously head of player strategy and development on the old European Tour circuit.

Banks was reportedly promoted by Keith Pelley in 2018.

More: Phil Mickelson welcomes Feherty to LIV... from the jungle

Last September he informed the board he was leaving, the report states.

Obviously this doesn't sit well with the DP World Tour because of the knowledge he has, an insider reportedly added.

Banks previously worked for IMG under Guy Kinnings, who now works for the DP World Tour as the Ryder Cup director.

Previously, Graeme McDowell accused Kinnings of leaking private conversations he had with the DP World Tour before he signed up for LIV.

It is said that Banks was lured to CM Management by the wealthy Dunkley family, who are significant shareholders in the company.

Poulter and his caddie Terry Mundy are also shareholders.

Paul Dunkley is a key figure in Poulter's life.

He met a young Poulter when he was working at Leighton Buzzard Golf Club in 90s.

Dunkley helped finance his career when he turned pro at 24 years old.

The agent told the paper: "You don’t have to be Einstein to understand how the channels of communication between Stenson and LIV were kept open.

"But they are not the only agency making rich harvest out of all this. Look at GSE. They are like a conveyor belt for LIV and must have a direct debit set up from Riyadh."

Next page: Lee Trevino claims "the sails will break on LIV"