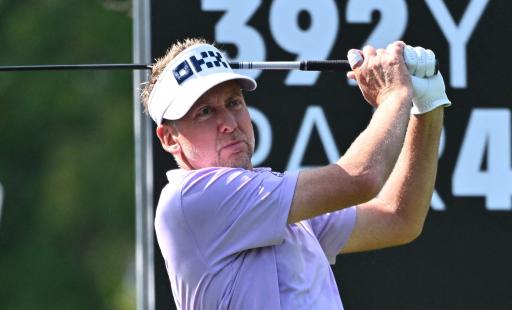 Ian Poulter believes the addition of team golf on the LIV Golf Tour has given the controversial Saudi-backed series a "certain dynamic" that the sport has not previously seen before.

Poulter, speaking ahead of this week's LIV Golf Bangkok tournament, has expressed a desire to continue building the fan base within his Majesticks GC team that comprises captain Lee Westwood and fellow Englishmen Laurie Canter and Sam Horsfield.

Taking a look at the official Majesticks GC Twitter page and their team has just over 2,000 followers.

Poulter is hopeful more and more golf fans will take to supporting one of the LIV Golf teams such as the Majesticks, just as fans do when it comes to following a Premier League club in football or a basketball team in the NBA.

"Just the whole aspect of following a team, whether you support Formula 1 or you support a race team or McLaren, if it's in the NBA and you follow the Orlando Magic, whatever it is, we all have team we like to watch, and for the first time we have that ability every single time we go and play golf. That's what's cool.

"We've had so many messages on our social channels which say we love team Majesticks, so we're already starting to build the fan situation there, and hopefully we can continue that and we can have a global audience that obviously want to follow certain teams, and it gives a certain dynamic."

The top four teams receive a bye in the Miami finale later this month, and Poulter is therefore expecting his all-English side to keep their foot on the gas in Thailand.

"There's a lot of emphasis in making sure -- there's many reasons to make sure you are in that bye situation come what -- obviously you're either playing on the Friday or you have an extra day to prepare for Saturday in Miami," said Poulter.

"We're fully well aware, just as much as every other team is aware of how valuable that is to make sure you're in that bye position to obviously get through that quarterfinals stage.

"We know we're only a point ahead, and we need to maintain that and if not increase that, and we're very conscious, so thanks for reminding us."

Next Page: OWGR says NO to LIV Golf on ranking points (at least for now)