The LIV Golf Invitationals in Bangkok and Jeddah will not be granted Official World Golf Ranking points as the board must review the structure of the MENA Tour. 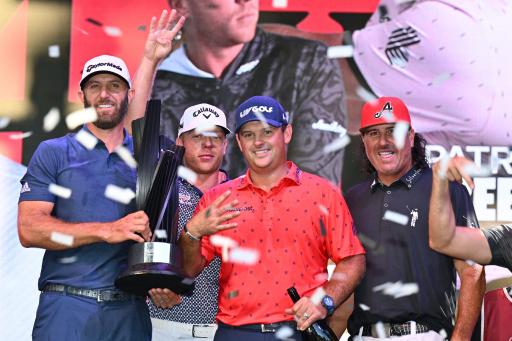 The Official World Golf Ranking has revealed the LIV Golf Invitationals in Bangkok and Jeddah will not feature world ranking points.

On Thursday afternoon, the OWGR released a statement that said the MENA Tour has given the board insufficient notice to conduct a "customary necessary review" to grant world ranking points for these events.

The OWGR say that the MENA Tour communicated "significant changes" to its membership structure. The first two tournaments in the 2022/2023 series are set to be the LIV Golf Invitationals in Bangkok and Jeddah.

OWGR has begun a review of the changes to the Dubai-based tour and as the board didn't receive enough notice to analyse the fresh changes, OWGR points can't be given to these two events.

The MENA Tour events over 54 or 72 holes with a 36-hole cut remain eligible ranking events. It appears that LIV Golf will be made to wait a little longer to give their players what they crucially need to maintain their world ranking positions.

Ahead of the OWGR statement, the MENA Tour announced a 'strategic alliance' with the Saudi-backed series. The announcement claimed this relationship would "immediately qualify LIV Golf for OWGR points, starting with the LIV Golf Thailand event at Stonehill this week."

"We are taking this mutually beneficial action to support the game at the developmental level and because of the importance and fairness of LIV golfers qualifying for OWGR points," said Atul Khosla, the President and COO of LIV Golf.

After the LIV Golf Chicago Invitational, each player from the 48-man field signed a letter which was sent to the OWGR chairman Peter Dawson, pleading to be granted world ranking points.

Greg Norman also posted on Instagram describing Cameron Smith and Dustin Johnson as the top two players in the world. These are two key examples of the new league's pursuit of ranking legitimacy.

It is unclear how long the OWGR review of the MENA Tour structure will take. There are still questions which surround the format of LIV Golf events and the criteria they must meet to gain ranking points such as having a cut, a Q-school and a higher average field size.