Ian Poulter rages at DP World Tour: "I am being treated differently" 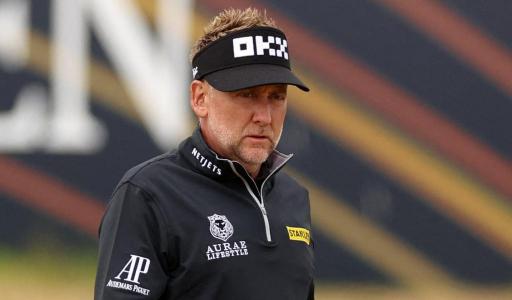 Although Poulter would have been absolutely buzzing the tournament was reduced to 54 holes (like the LIV format, get it?!) he was left seething.

The reason he was seemingly more than a bit perturbed was because he believes that he is now being treated differently.

The Englishman claims that he is being denied access to his media footage, something that allegedly the Tour has previously had no issue with.

In two posts on his Instagram stories, the former Ryder Cup Europe main man apologises to his fans for not being able to post content from the weekend or even going forward.

Poulter has previously vowed to tee it up in the forthcoming BMW PGA Championship at Wentworth Club.

He almost made a hole-in-one at the 16th hole at Albatross Golf Resort over the weekend "which would have made some good content".

Unfortunately for Poults, he has reportedly not been given access to this footage.

He wrote: "I thought I was still a member of the @dpworldtour but I guess they have other ideas."

Poulter added: "Well actually I am but I am being treated very differently to a member."

See his posts in full below:

Poulter ultimately finished T-23 on his return to action, earning €17,675 for his three days' work in Prague. A LIV payout, it was not.

He was previously fined £100,000 by the DP World Tour for teeing it up with LIV Golf.

He was also banned from three co-sanctioned PGA Tour events. One of those was the Genesis Scottish Open.

Poulter took legal action to force his way into the tournament at The Renaissance Club before the landmark 150th Open.

He ultimately missed the cut. Perhaps he does have a point about being treated differently as when he did tee it up in Scotland he was paired with fellow LIV "rebels".

He told the media: "It is not an easy process to go through [taking legal action], it has been exhausting.

"When you have been with a tour for 24 years and never given your card in as quite a few have, you don't want to feel like you have been completely pushed out.

"I've played in 389 events on this tour and over the years I've been as committed as anyone. I feel comfortable in my position on this tour. Why should that change? I don't want it to change."

Next page: LIV player explains why he dropped out of antitrust lawsuit