How much money do LIV Golf players earn on the Saudi-backed series?

Despite what some LIV Golf rebels may tell you, the key reason they have made the switch from the PGA Tour is money. Bags and bags of money. 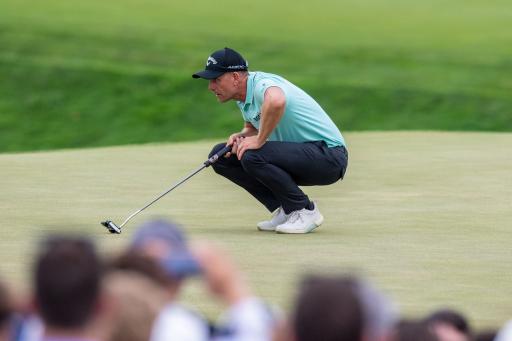 Since the emergence of the LIV Golf Tour, many of the game's most recognisable names have left the PGA Tour and the DP World Tour to join the controversial new league.

Players such as Phil Mickelson, Dustin Johnson, Brooks Koepka and Bryson DeChambeau have all taken significant decisions in their careers to join a new golf tour with a new format and a new commissioner.

Greg Norman is the CEO of LIV Golf Investments and the majority shareholder of this company is the Public Investment Fund of Saudi Arabia. This is the main source of controversy surrounding the LIV Golf Tour.

The Saudi government has been linked with a number of different human rights violations concerning women, migrant groups and LGBTQ people in their country. The murder of journalist Jamal Khashoggi is one of the most well-known atrocities they are associated with.

The PIF has an unlimited pool of wealth and this is the main reason why the breakaway series has been able to attract some of the biggest names in golf, but how much do the players actually earn with LIV?

Where does LIV Golf's money come from?

The PIF is the sovereign wealth fund of the Saudi Arabian government and their primary function is to invest funds on behalf of the government. It is chaired by Crown Prince Mohammad bin Salman and is governed by Yasir Al-Rumayyan.

Their assets are rumoured to be worth approximately $620 million. Al-Rumayyan is also the chairman of Newcastle United of the Premier League, which is just another significant investment they've made in the top level of professional sport.

The PIF's unlimited wealth explains why LIV Golf is able to splash such outrageous cash on players, venues and events to rival the PGA Tour.

How much have players been paid?

Only the closest of sources to the administration of the LIV Golf Series could give you an exact fee for each player that has moved over. According to reports, some players have multi-year contracts but some players could have deals on an event-by-event basis.

Mickelson was reportedly given $200 million to be the pioneer of the series. Koepka, DeChambeau and Johnson have all allegedly been given nine-figure fees up front as well.

During the court hearing where Talor Gooch, Hudson Swafford and Matt Jones were denied a temporary restraining order to play in the FedEx Cup Playoffs, we learned that any prize money earned is recouped against their appearance fees.

This contradicted previous claims from LIV representatives that this wasn't the case. Cameron Smith has also been offered up to $100 million to become the highest-ranked player to make the move from the American circuit.

As you can probably guess, the fame and success of each player dictate how much they get paid. Three-time PGA Tour winner Pat Perez has supposedly been paid $10 million to join.

These fees come before they even step on the golf course and compete in the eight invitational events of its inaugural season. We haven't even discussed the prize money for each event yet...

How much prize money is on offer at each LIV event?

At each event, $25 million is the prize purse. This is divided among individual finishes ($20 million) and team finishes ($5 million). The winner of each event receives a whopping $4 million.

If your team finishes second, you will receive $375,000 each and if you finish in third place on the podium, you will bank $125,000 each. Quite staggering amounts you have to say.

After the seven events of the regular season, the overall winner who has played at least four events will bank a huge $18 million. The runner-up will take home $8 million and it's $4 million for third place.

The season-ending team championship is also worth an added $50 million. All 12 teams get a cut with the top of the pile getting $16 million shared between them and 12th place banking $1 million.

You can see why various players have been lured by the millions and billions of the PIF, despite the PGA Tour increasing their prize funds by roughly $54 million earlier this season as well as a complete shake-up in 2023 which will see eight no-cut events with purses of $20 million each.

Earlier this month, the PGA Tour circulated a document which showed what their members could earn if they stick with the Tour, based on the future inflation of prize funds.

The document used the example of Jim Furyk. If he was a rookie and had his exact 28-year career starting in 2023, he would earn over $620 million.

If you applied the same formula to Rory McIlroy and Jordan Spieth, they would respectively earn $373 million and $240 million. This shows that the Tour will continue to reward successful players with huge financial rewards.

Smith, Scottie Scheffler, Matt Fitzpatrick and Justin Thomas all earned at least $2.5 million each for their respective major wins this season and the winner of the FedEx Cup will bank $18 million next weekend at East Lake.

These figures show that PGA Tour players certainly aren't underpaid, especially if their hard work materialises in victories. Perhaps the short-term gains with LIV have outweighed the long-term gains, as a result of the hard grind, of the PGA Tour.