"If Tiger Woods and Rory McIlroy wanted to take LIV Golf down, they could" 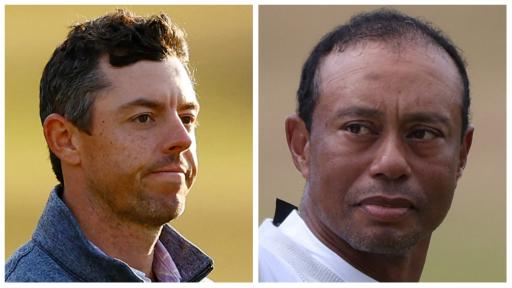 Tiger Woods and Rory McIlroy could take LIV Golf down if they really wanted to, according to DP World Tour pro Mike Lorenzo-Vera speaking to the Irish Times.

The Frenchman has been one of the most vocal critics of the Saudi-funded LIV Golf Invitational Series led by two-time Open champion Greg Norman, previously calling the new circuit "a joke".

Lorenzo-Vera, 37, just wishes more of the bigger names on the PGA Tour and DP World Tour would speak out against LIV Golf, who are splashing the cash to buy out some of the game's best players such as Dustin Johnson, Bryson DeChambeau and Brooks Koepka.

Woods was understood to have been offered in the region of $1 billion for his services to LIV Golf, with McIlroy around the $500 million mark, but both players have committed themselves to the PGA Tour.

Related: Nobody can quite believe these comments that were made during the LIV Golf broadcast

"I’m very surprised about the silence. Use your social network. What are you doing? Go ahead. Speak," Lorenzo-Vera told The Irish Times.

"The [DP World Tour] players are totally against the way the players go there and come back and particularly the way they go to the law to try to avoid the fines. There are a lot of people who are on the same page.

"They are taking the money and they are just laughing in the face of people.

"The players are against the way LIV Golf is doing it. They are just scared that negative comments could come back to them. It’s time to stand up and show the European Tour has history and the players are not just little brats."

He added: "If Tiger [Woods] and Rory [McIlroy] really wanted to take it down, they could. If they really want to, they could talk like myself, Robert MacIntyre or Billy Horschel for example. If they start to show their anger, I think they can do a great job by limiting what’s going on."

Lorenzo-Vera then took aim at LIV Golf CEO Norman, who previously failed when attempting to go up against the PGA Tour with a new World Golf Tour in the mid 90s.

"They are throwing huge money to steal players because Norman is angry at the tours," he added.