Joaquin Niemann has been heavily linked to the LIV Golf Tour, but the young Chilean maintained that he was undecided when speaking to the media on Friday. 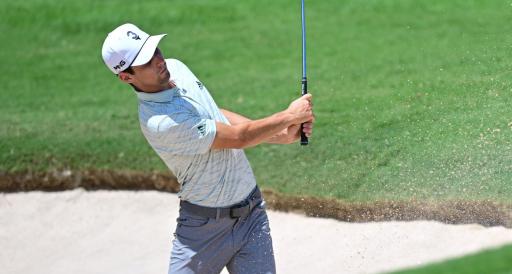 Joaquin Niemann still hasn't decided if he will sign for the LIV Golf Tour despite strong indications emerging on Friday that he has already left the PGA Tour.

Niemann, 23, was an eligible name on the ticket discount section of the LIV Golf website, a promotion that the company has run to allow fans to buy cheaper tickets or even get free tickets.

The young Chilean was present at the meeting held with Tiger Woods and Rory McIlroy ahead of last week's BMW Championship which was won by Patrick Cantlay.

At this meeting, a PGA Tour shake-up was discussed and this has now culminated in 20 no-cut events and $20 million purses for each one in the 2023 Tour schedule.

It was assumed that every player at this meeting was all-in on the PGA Tour, but as is also the case with Young, Niemann could still make the controversial switch to the Saudi-backed series.

"I haven’t made my decision yet," Niemann told Golf Channel.

"Obviously, there are some things I’ve got to see first, but I’m not thinking about that right now. I want to finish the playoffs and then see what my decision will be."

If Niemann was to make the controversial switch after the FedEx Cup Playoffs, this would put his participation in the Presidents Cup in severe doubt, despite already being confirmed in Trevor Immelman's team for the matches at Quail Hollow at the end of September.

According to Jamie Weir of Sky Sports, Rory McIlroy and Adam Scott played practice rounds with Niemann ahead of the Tour Championship this week in an attempt to convince him to stay on the PGA Tour.

After rounds of 67 and 64, the 2022 Genesis Invitational winner is eight shots behind Scottie Scheffler on 11-under-par heading into the weekend in Atlanta.