Jordan Spieth's agent Jay Danzi has responded to rumours linking the 28-year-old with a move to LIV Golf. 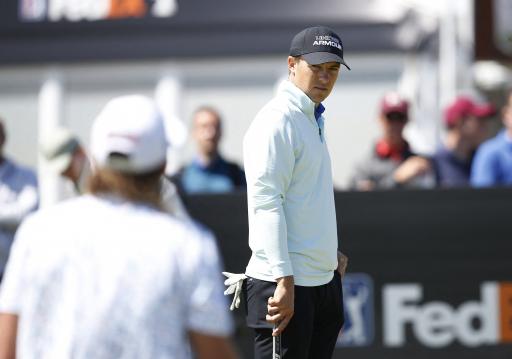 Jordan Spieth’s agent Jay Danzi has told golf commentator Colt Knost that the 28-year-old is not going to LIV Golf, despite some wild speculation this morning.

News reports from other golf media outlets this morning reported that Spieth, a 13-time PGA Tour winner and three-time major champion was in talks with the controversial league.

Also named in reports were Henrik Stenson, the Ryder Cup Europe captain, Tommy Fleetwood and Players champion Cameron Smith. None of those players have spoken about their futures.

But Colt Knost, the on-course commentator, says he has spoken to Spieth’s agent Danzi and that nothing could be further from the truth. In fact, he said it was “100 per cent not true!”

Spieth, like Collin Morikawa, has consistently denied talk that he would jump ship and turn his back on the PGA Tour. This week, Rory McIlroy urged peace talks between all the parties.

Spoke to Jordan’s agent Jay Danzi and this is 100% not true! https://t.co/OLihEbEMP1

Spieth is currently in Scotland playing the Genesis Scottish Open at The Renaissance Club. He spoke to the media earlier in the week but did not comment on the LIV Golf situation.

He did, however, talk up the 150th Open Championship, claiming that the tournament is “arguably the best event we play”.

Spieth was asked if the history of the venue at St. Andrews made it different to other Opens.

He replied: “I just think the history of it, playing in the town, the idea that it could be the easiest or the hardest venue that we play depending on the day.

“Maybe it's just I remember watching certain ones growing up, and so the holes, the kind of scenic holes starting and finishing really kind of hold onto, and then it was a really special tournament for me back in 2015 trying to go for a third in a row and just kind of the crowd, you know, the putt I made on 16 and kind of the finish, it was really fun contending in that major and having a chance to win.”

Next page: DeChambeau reveals the last person he'd want to fight in golf