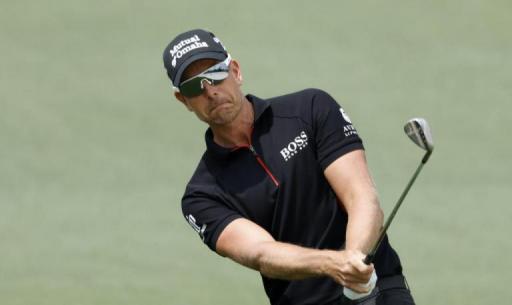 Henrik Stenson is reportedly close to signing a contract with LIV Golf, putting his Ryder Cup Europe captaincy in jeopardy.

According to reports, the Swede is reportedly still keen on playing in the Saudi-backed league despite reportedly being previously given an ultimatum at Wentworth HQ.

The Times have also published a report about Stenson’s apparent U-turn in the same week that Paul Casey has also been announced as the latest high-profile player to switch over to Greg Norman’s upstart.

Casey is a former UNICEF ambassador and previously chose not to play in Saudi Arabia based on concerns over human rights abuses. Now he’s joined Bryson DeChambeau’s Crushers GC.

It has previously been reported that if Stenson were to switch then he would have to forfeit his Ryder Cup captaincy.

Zach Johnson, the United States Ryder Cup skipper, also confirmed that he would not be picking LIV Golf players, suggesting “you can connect the dots” when recently asked.

If Stenson were to join LIV Golf, he would also join Lee Westwood, Martin Kaymer, Graeme McDowell and Ian Poulter in the controversial series.

The second LIV Golf tournament concluded in Portland this past weekend. It was won by Branden Grace, who scooped a cool $4million.

In the past 24 hours, the so-called “rebels” who have signed up to LIV Golf who have been sanctioned by the DP World Tour have started legal proceedings.

They have asked for an emergency court order to allow them to play in the Genesis Scottish Open later this week at The Renaissance Club.

Those players had previously been fined £100,000 and banned from participating in the Scottish Open, along with the Barbasol Championship and Barracuda Championship.

Per the report, the DP World Tour and LIV Golf have refused to comment on the latest alleged legal proceedings.

But Norman, 72, has previously claimed that LIV Golf will cover the cost of any legal fees as they take the fight to court.

The Stenson news follows another contentious week in the golf world where it was also revealed that Garcia ranted at the BMW Championship in Germany when the sanctions were announced.