Dustin Johnson Net Worth: What is the LIV Golf Tour player worth?

Dustin Johnson was one of the most successful players in the history of the PGA Tour before making the controversial switch to the LIV Golf Series. 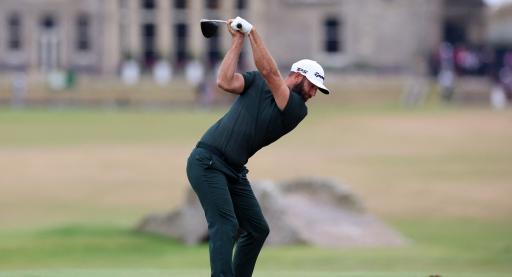 When two-time major champion Dustin Johnson made the shocking move to the LIV Golf Tour, he claimed he did what was best for his family.

Johnson reportedly accepted a fee of $125 million to join the new breakaway league, a fee not far from what Cameron Smith has been offered to join the Saudi-backed series.

After finishing third at the third invitational event at Bedminster, Johnson's team '4 Aces' also finished top of the team standings for the second event in a row.

The 38-year-old has earned a staggering $5,212,500 since resigning his membership from the PGA Tour, which has jeopardised his chances of ever playing in another Ryder Cup.

Johnson has played in 12 events on the Tour in 2022, earning $1,617,749 in the process. This is just a fraction of what he has made on the series commissioned by Greg Norman.

Before becoming one of the pioneers of the LIV Golf Tour, Johnson had earned $74,897,059 in 307 events. He won 24 times on the PGA Tour and only Tiger Woods and Phil Mickelson have earned more money in their careers than him.

Since joining the Tour in 2008, Johnson has become one of the most recognisable faces in the game and this is arguably down to his long-standing relationship and sponsorship deal with TaylorMade.

adidas, BodyArmor, Hublot, RBC, NetJets and Perfect Practice are also a number of different companies that he has shared sponsorship deals with in the past.

Despite joining a tour that is surrounded by controversy and accusations of sportswashing, Johnson has maintained a healthy list of endorsement deals.