Did Cameron Smith all-but confirm he is turning his back on the PGA Tour?

Cameron Smith appeared to confirm he is almost certain to join LIV Golf with this comment after his first round of the FedEx St. Jude Championship. 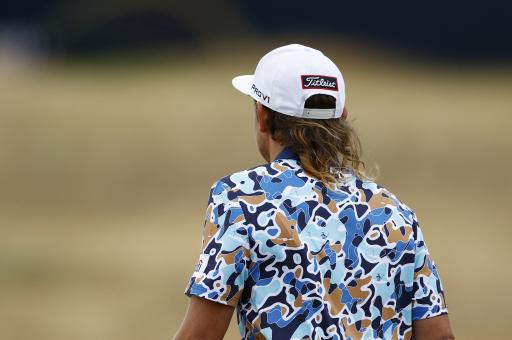 Cameron Smith appeared to all-but confirm he will be heading to the LIV Golf Invitational Series after his first round of the postseason on the PGA Tour.

Smith carded an opening round of 3-under at TPC Southwind at the FedEx St. Jude Championship which included an interesting moment with Scottie Scheffler.

"I'm ready to cop some heat"

World No. 2 Cameron Smith drops biggest hint yet that he will be joining LIV Golf pic.twitter.com/1xKetYDc1B

Whether or not that exchange was LIV Golf related we aren't sure. Scheffler doesn't appear the type to stoop to such depths. He did look incredibly frustrated, though.

Speaking to Sky Sports immediately after his round, 28-year-old Smith was asked by Sky Sports' Nick Dougherty whether or not he understood why he was constantly facing questions about his future path.

"I'm ready to cop some heat. I understand that's what I've said but I'm here to win the FedEx Cup Playoffs, that's my number one goal, and whatever happens after that will come from me."

The Telegraph's Jamie Corrigan and Tom Morgan have previously reported that Smith has already signed a deal north of $100m to play LIV Golf next season, which will have a league format.

There will be a staggering $405m in prize money dished out next year by LIV, which is bankrolled by the Public Investment Fund of Saudi Arabia.

Whether or not that money is separate to the lucrative, multi-year contracts the rebels have signed is up for debate.

Smith is said to be looking likely to captain an all-Australian team for the 2023-2024 season, which will see 14 events taking place globally.

Marc Leishman and Adam Scott have also been heavily linked with a switch over to the controversial circuit.

Smith previously claimed that he was "pretty set" and that he might buy some new fishing equipment when asked last year what he would do if he won the FedEx Cup top prize of $15m.

This year, the FedEx Cup Playoffs have had another cash injection, where the players in the postseason are competing for $75m.

The winner of the FedEx Cup will take home a check for $18m. Of that money, $1m will be put into the player's retirement fund.

Next page: Billy Horschel claims LIV players have been "brainwashed"