NEP Group is reportedly close to striking a deal with LIV Golf, which would strain their relationship with the PGA Tour. 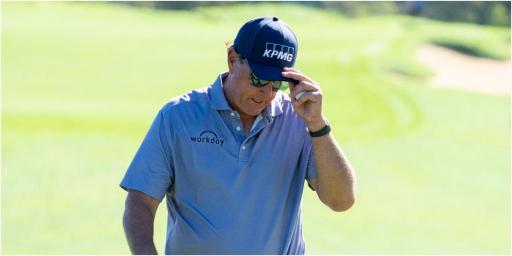 NEP Group, a leading technology partner who already has a deep relationship with the PGA Tour, is close to striking a deal with LIV Golf, according to a report in the Sports Business Journal.

John Ourand reports that the PGA Tour has so far been relatively successful in in dissuading its corporate partners from working with the Saudi-backed league of which Greg Norman is the CEO.

But at the time of writing no TV deal has been struck to showcase the league.

The LIV Invitational Series begins at Centurion Club on 9 June near Hertfordshire with a $25million event.

Over the course of the season seven other global events will take place in the series which has a total prize purse of $255million.

On top of this, players are also reported to have taken huge appearance fees which has a 54-hole, no cut format.

The league has angered human rights campaigners who argue Saudi Arabia is attempting to sportswash their reputation.

Others argue that the clash between the PGA Tour/DP World Tour and LIV Golf is more about money and less about morals.

On 4 May, England's Richard Bland has publicly confirmed he has asked for a waiver to play in the first event.

If a deal is struck between NEP and LIV Golf, it would see them become one of the only companies to work with both.

But the Journal reports that several production companies have officially bid on the rights to handle TV production.

They report that it's unlikely that the PGA Tour would stop working with NEP, but their relationship would become strained.

Another question facing the LIV Golf Invitational Series who will carry the series in the United States.

There have been reports that LIV Golf had discussions with Fox but those talks reportedly died off a few weeks ago.