A US District Court judge has ruled against LIV Golf's wishes and requested a log of communications between plaintiffs about the new tour. 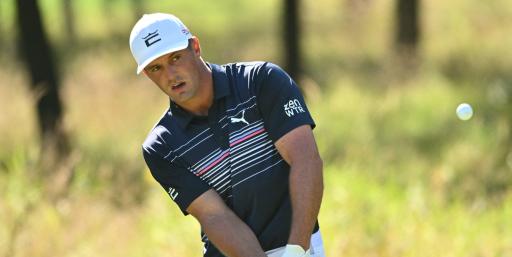 LIV Golf has suffered a setback in its case against the PGA Tour by being required to disclose a log of communications regarding the Saudi-backed series.

As reported by Golf Digest, US District Court judge Susan Van Keulen ruled that LIV Golf, Bryson DeChambeau, Matt Jones and Peter Uihlein must disclose any communications had among themselves and away from counsel about the new league.

LIV and the three remaining players wanted this information to be removed from the case as it would be "costly, time-consuming and unduly burdensome" to compile these documents.

The PGA Tour argued otherwise and the judge ruled in their favour. "As discovery disputes are, by their nature, highly fact-specific, the cases relied upon by plaintiffs are inapposite in light of the facts of this case," Van Keulen said.

"Including pre-filing communications with counsel retained in the litigation may well be time-consuming, but under the circumstances of this case, a privilege log as contemplated by the Model ESI (electronically stored information) Order is proportional to the needs of the case and appropriate under Rule 26."

The PGA Tour wanted to acquire the services of an outside expert to review LIV's communications, but the court agreed that as the expert was a "specifically-identified attorney with a lengthy history of advising the defendant," this wouldn't be allowed.

When the antitrust lawsuit was first filed against the Tour, 11 plaintiffs were part of the action. Carlos Ortiz, Pat Perez, Jason Kokrak and Abraham Ancer were part of the first cluster to remove their names from the case.

At the end of last month, Phil Mickelson withdrew from the lawsuit and so did Ian Poulter, Talor Gooch and Hudson Swafford. Mickelson felt he wasn't needed after LIV Golf attached itself to legal proceedings.

The trial date is set for January 2024. Gooch, Jones and Swafford suffered a first defeat in court in August when they weren't granted a temporary restraining order to play in the FedEx Cup Playoffs.