The LIV Golf Invitational Series doesn't have world rankings points which, over time, would deprive its biggest stars of qualifying for major championships. 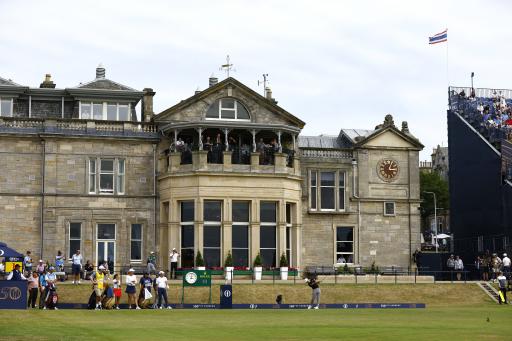 Representatives from LIV Golf are planning to hold a meeting with the Official World Golf Rankings to legitimise the breakaway series with ranking points.

According to a report from the Guardian's Ewan Murray, the LIV Golf Series is set to have a meeting with the OWGR on Wednesday, the day before the 150th Open Championship begins.

People from all four major organisations, as well as the PGA Tour and the DP World Tour, are to decide if Greg Norman's tour will gain world-ranking status which would be a significant boost to its attractiveness for more PGA Tour stars.

Although the LIV Golf events are only 54 holes that include 48 players, they believe this meets the criteria of qualifying for official world ranking points.

PGA Tour commissioner Jay Monahan and the DP World Tour commissioner Keith Pelley will be part of the decision-making panel. Earlier this season, these figureheads extended their strategic alliance until 2035.

Martin Slumbers of the R&A, Augusta National’s Buzzy Johnson, Mike Whan of the USGA and the PGA of America’s Seth Waugh will also be involved in determining LIV Golf's fate.

Many of the top players such as Brooks Koepka have expressed their interest in playing at major tournaments as these are the events which can cement golfers into the history of the game.

However as time goes on, LIV Golf players will lose their exemptions and chances to play golf's four big events, unless they went through regional qualifying processes etc...

The biggest pull of the LIV Golf Invitational Series is the money which is being provided by the Public Investment Fund of Saudi Arabia. In two events in the UK and America, the series has dished out $50 million in prize money.

Monahan has admitted that the American circuit cannot financially compete and it may become more difficult if the LIV Golf Series gained the legitimacy it so craves from the OWGR.

Next Page: DP World Tour: How much did each player win at the Genesis Scottish Open?