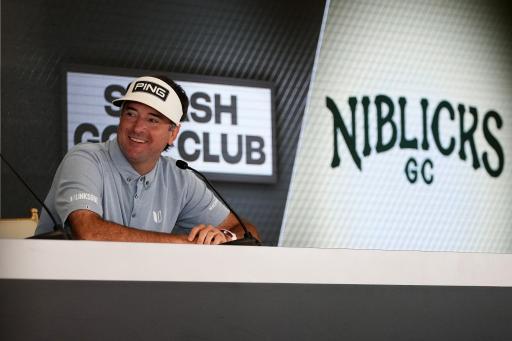 LIV Golf is still in "back and forth" talks with various TV networks about broadcasting the Saudi-backed series amid strong links with Fox Sports.

Speaking to the media at the season-ending Team Championship in Miami, LIV Golf chief operating officer Atul Khosla revealed they've "cleared time" with some networks for potential broadcasts in 2023.

Khosla described LIV Golf's desire to secure a long-term deal with a TV network, instead of one that only lasts six months or a year. The breakaway tour is still shown for free on their website and YouTube.

Khosla set out a two-step plan that LIV Golf has used to pitch their targets to various networks. Despite some heavy scrutiny and opposition aimed at the rebel series in 2022, LIV Golf is endeavouring to rubberstamp its mark on the sport and a broadcast deal is crucial for them.

"On the US front, we are back and forth with a few different networks at this point in time," said Khosla on Saturday.

"Step one was to show them the product, which they want to clearly understand, show them the graphics and how it’d be very different. We are now at that place where we’ve been able to clear time on a handful of networks that need set times to be cleared.

"So we’ve gone through that exercise now. Now we’re at the stage, ‘Okay, those are all things that could work, interest in both parties, let’s figure out what the commercial arrangements could look like.’

"We're going into it in the rights conversation that we think we are providing an incredible commercial product."

Khosla said that players have played important roles in discussing broadcasts in different countries. In its inaugural season, the LIV Golf Tour has been played in England, America, Thailand and Saudi Arabia.

In September, LIV Golf denied having signed a deal with Fox Sports after speculation began to grow. The Saudi-backed series was reportedly turned down by NBC, CBS, Apple TV, Disney and Amazon.

The 2023 season will see 14 events and it is set to run from February to September. As former US President Donald Trump said earlier this week, more big names could be joining from the PGA Tour.