LIV Golf Invitational Series Bedminster: Everything you need to know

This is everything you need to know about the third LIV Golf series event in New Jersey at Trump Bedminster with the new signings making their debuts. 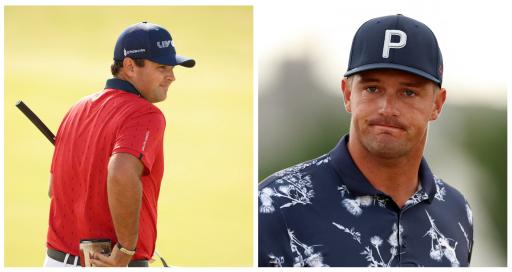 The third event of the LIV Golf Invitational series sees the players head to Trump National in Bedminster, New Jersey.

South Africans Charl Schwartzel and Branden Grace have won the first two events of the LIV series, both scooping $4million.

Schwartzel won the first event at Centurion Club just outside of London while Grace earned the victory in Portland at Pumpkin Ridge Golf Club.

Since then, we have played a major, the 150th Open Championship at St Andrews and it's fair to say the topic of LIV Golf was very much a talking point.

The R&A confirmed that it was not on their agenda to ban LIV players going forward, though the chief executive of the governing body, Martin Slumbers, criticised the upstart by saying it was "not credible".

LIV Golf, spearheaded by Greg Norman as the chief executive and bankrolled by Saudi Arabia's Public Investment Fund, have added to their roster recently.

The latest players who have signed up include:

Howell III has made more than 600 starts on the PGA Tour in his career. Kokrak, a Golf Saudi ambassador, has finally confirmed his long-assumed interest in LIV.

England's Paul Casey was also announced as a LIV Golf signee in the middle of the broadcast in Portland and he will be on Bryson DeChambeau's team.

Newly-crowned Open champion Cameron Smith has also been rumoured to have been offered an eye-watering deal allegedly in the region of $125million to sign up for LIV Golf.

Smith was involved in an awkward exchange when discussing the topic immediately after winning his first major.

There are rumours Smith will play the FedEx Cup playoffs on the PGA Tour and sign up for LIV next year.

Elsewhere, there are a number of other players who are rumoured to be on the verge of joining.

Who are in the teams?

The teams have not been selected yet. They will be confirmed on the eve of the tournament with the debutants assigned their teams.

These were the teams from the most recent event in Portland:

What is the prize purse?

The total prize purse for the first seven events is $25million, with the individual winner receiving $4million.

The eighth and final event of the LIV Golf inaugural series will be a knockout style team event with a prize purse of $50million.

What is the full break down of payouts?

What about the teams?

When is it being played?

Alternatively, viewers can also tune in and watch via DAZN.

The action will start from 7pm BST.

You can download the app for PC, Apple, Android, Fire TV, Roku and your smart TV.

What is the format?

Each player plays as normal as an individual but there score will count towards the team element.

The tournament is held over three rounds.

There is a shotgun start, meaning every player starts on a different hole at the same time.

There are no cuts.

Here is everything you need to know about LIV Golf