The players who moved to the LIV Golf Series were forbidden from playing in the Genesis Scottish Open and fined £100,000 for their rule-breaking actions. 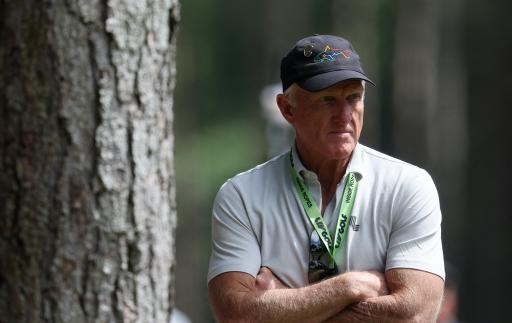 The LIV Golf rebels of the DP World Tour are set to apply for an emergency court order today to play at the Genesis Scottish Open.

According to a report from the Daily Telegraph, the 16 Saudi defectors will seek an injunction today which would see their names put back on the list for the event at the Renaissance Club in East Lothian.

It is unclear which players are beginning this legal battle which marks an unprecedented and dramatic point in this entire LIV Golf saga.

After weeks of silence, DP World Tour CEO Keith Pelley issued fines of £100,000 to each of the 16 players who played in the first LIV Golf event near London without permission.

They were also banned from playing in this week's event in Scotland as well as the Barbasol Championship and the Barracuda Championship, which are co-sanctioned events with the PGA Tour.

After a letter from the 16 LIV Golf rebels threatening legal action was leaked, Pelley gave a stern response and maintained the punishments were justified.

"Before joining LIV Golf, players knew there would be consequences if they chose money over competition. Many of them at the time understood and accepted that. Indeed, as one player named in the letter said in a media interview earlier this year; ‘If they ban me, they ban me.’ It is not credible that some are now surprised with the actions we have taken," Pelley's statement read.

"The letter claims that these players ‘care deeply’ for the DP World Tour. An analysis of the past participation statistics on our Tour in recent years of several of the leading players named, suggests otherwise."

The Genesis Scottish Open will feature a superb cast of players, hosting 14 of the top 15 in the world rankings. All four major champions including US Open hero Matt Fitzpatrick will be teeing it up to prepare for next week's Open Championship.