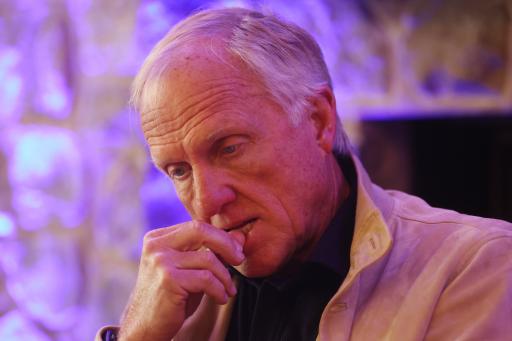 A broadcaster with no experience commentating on golf will call the action for the LIV Golf Invitational Series, which will be streamed on YouTube, Facebook and their official website.

The first event at Centurion Club, St Albans, kicks off on Thursday with 48 players broken down into 12 teams of four all teeing off together in a shotgun start in the $25million tournament.

LIV Golf Investments confirmed today that more than 50 cameras will be in operation to capture all of the action which has Dustin Johnson as the highest-ranked player in the field.

Arlo White, who has commentated on soccer in the United States, takes the role of lead play-by-play caller for the series.

He has commentated on a number of international events including World Cups, the Olympics and the UEFA Champions League.

Last week former Open champion and Ryder Cup Europe hero Darren Clarke revealed that he was approached with a huge offer to call the action.

Although he was entertaining the idea, he said, he claimed that if he were to take the gig it would result in him facing disciplinary action from PGA Tour Champions.

The broadcast team also includes former pro golfer Su-Ann Heng, from Singapore, as an on-course reporter and analyst. She is joined by Troy Mullins who will also fill the same role.

Mullins, a social media influencer, is a former women’s long drive record holder (402 yards) and has been a regular contributor to Golf Channel.

Golf fans noted on social media the irony of Jessie J performing her hit single "Price Tag" which features the chorus: “It’s not about the money, money, money…”

They are describing the concerts as "après golf" as part of the "post round scene".

It was previously reported by the Daily Telegraph that players in the 48-man field and their caddies will receive all-expenses paid luxury travel and accommodation.

Tournament organisers are said to have promised the players the "Tiger Woods treatment".

On Monday, speculation was mounting that both Phil Mickelson and Rickie Fowler were about to commit their futures to the Saudi-backed LIV Golf Invitational Series.

Next page: G-Mac discusses the threat of a potential ban