LIV Golf President Atul Khosla has been told by the OWGR that they are "checking the boxes". 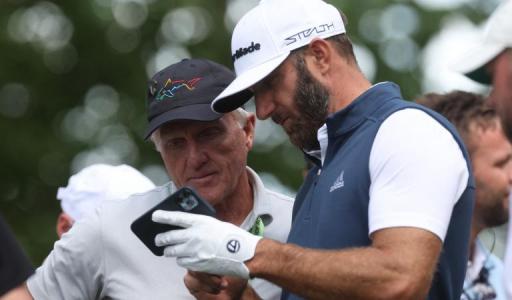 LIV Golf President and Chief Operating Officer Atul Khosla has told AFP that he is "optimistic" the Saudi-backed circuit will receive Official World Golf Ranking (OWGR) points in its tournaments as a result of the latest update he has been provided.

Two weeks ago, a new "strategic alliance" was announced between Greg Norman's LIV Golf Tour and the little-known MENA Tour, which has not played an event since the beginning of the global pandemic.

That partnership appeared to give LIV the confidence that they would be eligible to earn points immediately.

However, the OWGR refused to make a snap decision, saying they had not been given enough notice to review the changes.

The decision was met with heavy criticism from just about everyone on LIV Golf, including Brooks Koepka and Bryson DeChambeau.

We recently wrote a piece about why LIV Golf will need to wait a little while longer for OWGR points as a result of filling criteria, and this was something echoed by US Open champion Matt Fitzpatrick.

But speaking during LIV Golf Jeddah at the weekend, LIV Golf President Khosla believes their 48-man, 54-hole tournaments are ticking all the right boxes with which to now be eligible for world ranking points.

"The feedback we have from OWGR is they believe technically we are checking the boxes," Khosla told AFP.

"They're still working through the internal processes that they have to go through.

"I'm optimistic that we'll get our points. But it would be nice to have them by now."

Khosla also touched upon the latest situation regarding TV coverage for LIV Golf events as they head into their season-ending LIV Golf Team Championship in Miami.

Khosla denied that any "air time deal" has been struck with FOX Sports, despite a recent Golfweek report.

With LIV Golf bankrolled by the Saudi Arabian Public Investment Fund, Khosla admits they are more than prepared to play the long game when it comes to future TV rights.

"No commercial terms have been figured out with any partner," confirmed Khosla.

"There's so many different ways to build deals out ... I personally don't get too hung up on any of it at this point."

Next Page: Tour pro believes LIV Golf players are "grinding harder" than they ever did on the PGA Tour