Talor Gooch, Matt Jones and Hudson Swafford have applied for a temporary restraining order to claim back their spots in the FedEx Cup Playoffs on the PGA Tour. 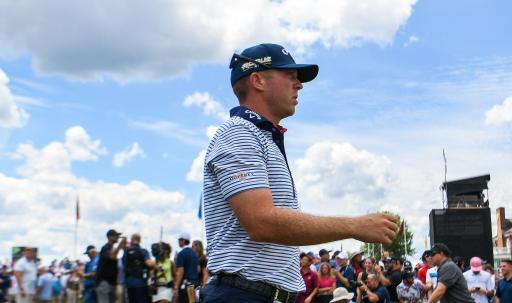 Three LIV Golf rebels are set for a court hearing on Tuesday in California as they look to reinstate themselves in the FedEx Cup Playoffs on the PGA Tour.

Talor Gooch, Hudson Swafford and Matt Jones will put forward arguments to US District Court Judge Beth Labson Freeman in San Jose to prevent the Playoffs starting without them.

Gooch, who won the RSM Classic earlier this season, is currently ranked 20th in the FedEx Cup standings. Jones is ranked in 62nd and Swafford is ranked in 63rd. They would all be in good shape to qualify for the second 70-man field event which is the BMW Championship.

This trio, looking for a temporary restraining order, were part of a group of 11 players who filed an antitrust lawsuit against the PGA Tour, following their decisions to join the LIV Golf tour.

Shortly after the first tee shots were hit in the first event of the LIV Golf schedule, the PGA Tour issued suspensions for those who defied the rejection of their playing releases.

Phil Mickelson, Bryson DeChambeau and Ian Poulter were also in the group of plaintiffs part of the 105-page document which revealed that Phil Mickelson was suspended by the Tour on March 22 for supposedly recruiting players to LIV Golf.

It also revealed that during the Genesis Invitational back in February, the agents of players were gathered by the Tour and were informed that lifetime bans would be dished out to LIV Golf defectors, a threat which allegedly made the young players feel incredibly anxious.

The appeal process has worked for some during the saga so far. Justin Harding, Ian Poulter and Branden Grace were reinstated in the Genesis Scottish Open despite being suspended after a statement was made by the DP World Tour.

It is unclear how long this court battle will continue for, but on Tuesday, we could get a glimpse into who is right and wrong if the LIV Golf trio are allowed to play in the FedEx Cup Playoffs.