What is sportswashing and why is it linked with the LIV Golf Tour?

The LIV Golf Invitational Series has been accused of becoming a vehicle of sportswashing with Saudi Arabia, but what does this term actually mean? 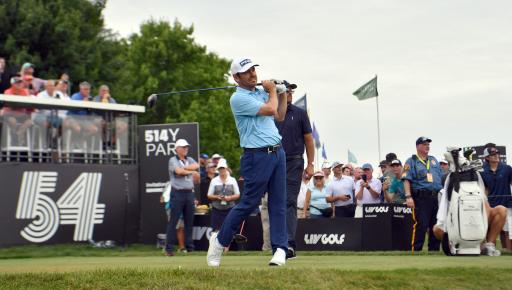 If you are a casual golf fan, or even a die-hard golf fan, you may have heard various terms and phrases during the saga of the LIV Golf Invitational Series which you may not understand.

Sportswashing is a term which has been appropriately mentioned on numerous occasions when people discuss the collaboration between Saudi Arabia and the LIV Golf Tour.

It is a fairly simple concept to understand. Sportswashing is the act of a government or a regime investing in/sponsoring a major sporting event/club/organisation in order to deflect from issues such as human rights violations and domestic crime.

When the first event on the LIV Golf schedule got underway at Centurion in June, players and officials were repeatedly asked about the moral and ethical side of their participation in the new rebel tour and the human rights abuses of Saudi Arabia.

Why has Saudi Arabia been accused of sportswashing?

The deportation of hundreds and thousands of foreign migrants, their horrific treatment of women, imprisonment of political opposition and the murder of journalist Jamal Khashoggi are just some of the human rights violations that Saudi Arabia has been accused of.

The Public Investment Fund (PIF) of Saudi Arabia is reportedly worth around $300 billion. A significant chunk of this money has been invested into the LIV Golf Series.

The PIF's job is to invest the funds raised from oils sales on behalf of the government. It is chaired by Crown Prince Mohammed bin Salman.

In May, Greg Norman revealed that he'd secured a $2 billion investment to turn the breakaway series into a super league by 2024. Earlier this year, Norman revealed he'd offered between $700 to $800 million for Tiger Woods to defect from the PGA Tour.

These details show the measures that Saudi Arabia are willing to go to legitimise their actions. They would hope an ungodly investment into the game of golf will hide their never-ending list of human rights abuses.

"Growing the game. Inspiring young golfers. Helping generations." These are all phrases you will have heard from LIV players and officials to justify their involvement.

Has sportswashing happened before?

Unfortunately, sportswashing didn't start with the Saudi-LIV alliance and it certainly won't stop at it either. Over a number of sports, we have seen the practice become commonplace.

The PIF essentially took over Newcastle United of the Premier League in 2021. They now hold an 80% stake in the club and Yasir Al-Rumayyan, the governor of the PIF, is the non-executive chairman of the northeast side.

The takeover was met with opposition from human rights groups, but the Premier League received assurances that the club would not be under any sort of control of Saudi Arabia.

Russia hosted the FIFA World Cup in 2018 during the dictatorship of Vladimir Putin. Despite telling the world his nation was "open, friendly and hospitable," Putin has overseen many human rights violations.

The censorship of critical media and peaceful protesters, government control of internet traffic and the ignorance of abuses in Chechnya, a republic of Russia, are some of the issues seen under the reign of Putin.

Beijing hosted the Winter Olympics and Paralympics earlier this year, but once again, this event was accused of deflecting from the treatment of the Uighur population in China.

Huge internment camps have been made to detain Uighurs and they are discriminated against for their religion and culture. Tibetans have also long been persecuted in the southwest of the country.

What can be done about sportswashing?

In truth, not a lot can be done to prevent sportwashing. The examples I have listed above are only the tip of the iceberg as there have been many other cases in many other sports.

The normalisation of this practice is a problem and golf is a new field where it is has extended its ugly arm. The LIV Golf Series will forever be associated with criminal practice and unethical associations.

But we are three events in now following the Bedminster Invitational and the outrage towards the players and organisers will continue to die down.