LIV Golf have secured a multi-year TV and streaming deal with The CW Network for their 2023 season which begins in February. 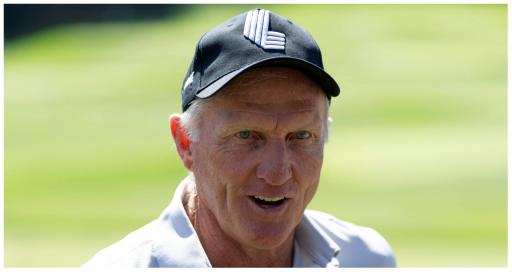 Earlier in the week LIV Golf analyst David Feherty spilled the beans the breakaway tour was close to the TV deal they have been so desperate for.

Now we have confirmation that The CW Network will broadcast each of LIV Golf's 14 $25m events in 2023.

LIV Golf commissioner Greg Norman hailed the news as "a momentous day" for the breakaway tour.

Norman said in a statement:

"The CW will provide accessibility for our fans and maximum exposure for our athletes and partners as their reach includes more than 120 million households across the United States. We're very proud to note how consequential it is that a league that has only existed for one year has secured a full broadcast deal in its debut full league season."

The second season of LIV Golf will begin in Mayakoba, Mexico over 24-26 February. It will now transition to the LIV Golf League.

They have not released their full 2023 schedule.

Only seven venues have been announced but an official announcement is expected in the coming days.

According to the release, the second and third rounds of LIV tournaments will air live. The opening round will be streamed on the CW app.

We do not know the financial terms of the agreement.

Although ESPN have reported that it is a "revenue sharing" agreement with LIV Golf not receiving rights fees.

The publication also report LIV Golf will continue to pay its own production costs as they did in their maiden year.

There were previous reports LIV Golf would enter into an agreement with Fox Sports but it appears that talks fizzled out.

Other networks reportedly felt as though the breakaway tour was "too toxic" owing to the negative coverage LIV has received.

The players who have joined the league have faced accusations of attempting to soften the kingdom's global reputation through sport, in a practice known as sportswashing.

LIV Golf completed its maiden eight-event $255m season in October. The test now will be for LIV to get viewers to CW.