According to a report, Apple TV have reportedly turned down the opportunity to broadcast the LIV Golf Invitational Series in 2023. 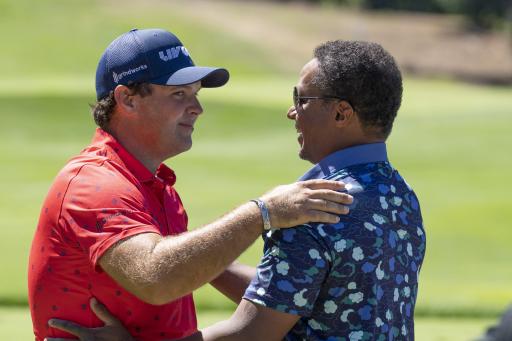 It's fair to say that LIV Golf has already made a huge impact on the sport.

We have already seen sweeping changes introduced by the PGA Tour in response to what they perceive as a massive threat to the status quo.

But new court documents appear to back up Greg Norman's previous claim that they want to co-exist with the established American tour.

However, there is one key sticking point for the controversial, mega-money series. And that is that they currently do not have a TV deal.

Some critics have suggested that until LIV Golf secures a legitimate television contract, it will remain something of an outlaw.

Related: Who is the top-10 player heading to LIV?

At present, LIV Golf broadcast on their website and on YouTube. They have been attracting some large audiences online, peaking at more than 100,000 viewers on YouTube in some of their broadcasts.

The latest news, according to golf reporter Dan Rapaport, is that Apple TV have reportedly turned down the opportunity to broadcast LIV Golf in 2023 as it's "too toxic".

Check out what he posted here:

Well-placed source says Apple TV has turned down the opportunity to broadcast LIV Golf as it is “too toxic.”

Still not clear where LIV will be broadcast in 2023.

FOX makes some sense here—CBS, NBC and ESPN all locked in with the PGA Tour—but FOX ran away from the golf business fast when they had the chance. Perhaps LIV buys time on a network. Or they continue going free DTC on their site/YouTube.

This is all US, btw.

LIV Golf is due to play the fifth event of their inaugural season in Chicago this week. They've now got David Feherty on their broadcasts as their lead commentator.

The Irishman had some interesting things to say when he signed up to the series after leaving NBC.

At the last event in Boston that was won by Dustin Johnson with a monstrous eagle putt, LIV also had Bubba Watson on the commentary team.

Watson is currently serving as a non-playing captain in LIV as he recovers from injury.