Major champion Morgan Pressel doubted if the LPGA Tour could survive the degree of pressure that LIV Golf has exerted on the PGA Tour. 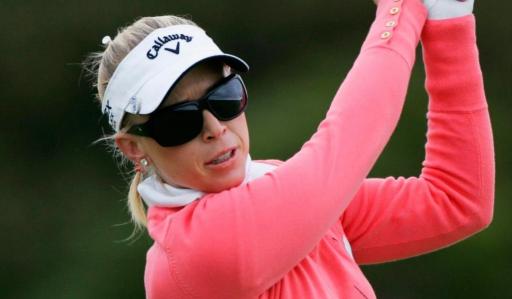 Major champion Morgan Pressel expressed concern over the LPGA Tour's ability to deal with a LIV Golf-sized tide that could come towards them.

Pressel, 34, spoke with Stacey Lewis in Ohio where they both addressed the issues that the LPGA Tour and PGA Tour faces with the financial power of the Saudi-backed series which has split the men's game down the middle.

LIV Golf is funded by the Public Investment Fund of Saudi Arabia which supposedly has a total worth of $600 billion. PGA Tour commissioner Jay Monahan has already admitted that the Tour can't compete in a financial "arms race" with the new league.

The LPGA Tour has not been affected as of yet by Greg Norman's exploits in the game, but in previous interviews, the Australian has mentioned dipping into the women's side.

Lewis, a double-major winner, supports the stance of Rory McIlroy, Tiger Woods, Justin Thomas and co. which has been of togetherness and cohesion. This has culminated in wholesale changes and purse increases to the PGA Tour schedule in 2023.

"I think the players have to stick together right now probably more than ever. They have to realize how far this tour has come over the last - especially the last five years how far we've come. And we have done that by working together," Lewis said.

"We've done that by players making sacrifices and doing things that they maybe wouldn't want to do. But it's important for this tour. Helping get sponsors, doing extra things at tournaments. We still have to work hard as a tour."

"I don't know what the right answer is. I don't know that the LPGA Tour can survive what the PGA Tour is going through right now," added Pressel.

Although the LPGA Tour hasn't been asked to survive such strenuous pressures, the Ladies European Tour has become an area of Saudi Arabia's investment in the sport.

The Aramco Team Series is presented by the PIF over five events with $1 million prize purses at each event. Players such as the Korda sisters, Linn Grant and Anna Nordqvist competed in the third event of the series in Sotogrande.

The fourth event in New York is set to be hosted by President Donald Trump's Ferry Point. Trump also hosted the third LIV Golf event at Bedminster and his Blue Monster at Doral in Miami will host the season-ending team championship.

The Aramco Team Series has attracted some of the best female players, but it hasn't caused a divide like the one that's been caused by the LIV Golf Tour.