Greg Norman has confirmed LIV Golf have applied for OWGR points. Here is everything you need to know. 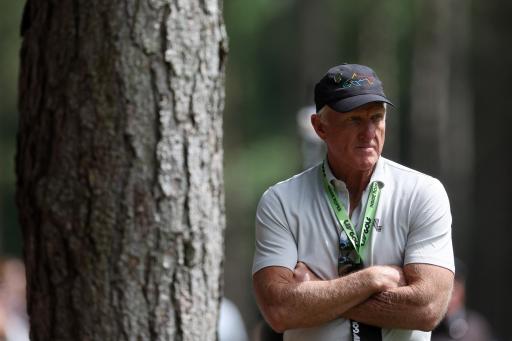 There is absolutely no denying LIV Golf has upset the status quo of professional golf, with the PGA Tour and DP World Tour issuing massive fines, suspensions and scrambling to make changes.

But one thing that does stand in the way of the Saudi-backed series, which now has Brooks Koepka and Bryson DeChambeau on their roster, is the fact their tournaments don’t offer world ranking points.

If accepted, it would then provide a pathway for LIVers to qualify for majors. But LIV Golf has a problem – the administration of the ranking system is handled by the prime stakeholders in golf.

That means that Norman is going up against board members that include:

The OWGR is chaired by Peter Dawson, the former chief executive of the R&A.

To understand a bit more about why OWGR is crucial to LIV Golf, check out the information below.

Why are OWGR points important?

They determine who is eligible to play in golf’s four major championships.

Some players, such as Phil Mickelson, have exemptions into some of the majors as past champions.

Other players are also exempt into the majors thanks to their current ranking.

But were LIV Golf not granted OWGR status, then the players competing cannot earn points to get into the majors and would ultimately slide down the rankings.

It would diminish the allure of LIV Golf to some players if they weren’t allowed to play in The Masters, US Open, US PGA and The Open.

Who runs the OWGR?

The OWGR operates out of the DP World Tour offices in London.

As previously mentioned, Jay Monahan, Seth Waugh and Mike Whan are among the board members.

Augusta National’s senior tournament director Buzzy Johnson is also on the board.

How does the OWGR work?

It can get complicated, but currently a player’s world ranking is determined by their OWGR points over a two-year rolling period.

Their points are determined by finishing position in a tournament and the strength of the field.

What is the process of applying?

LIV Golf has to be sponsored by another member tour.

In this case, they are aligned with the Asian Tour.

Money from Saudi Arabia’s Public Investment Fund has already been funnelled into the Asian Tour.

At the time of writing, OWGR has not commented on the status of LIV Golf’s application.

Nor have they confirmed that an application is pending.

What are the problems for LIV Golf in applying?

The format of LIV Golf is troublesome.

LIV Golf tournaments are played over 54 holes with a shotgun start.

The field in LIV Golf is also limited to 48 players.

There is also the aspect that the series is by invite only.

Critics of LIV Golf will argue that players invited will automatically be rewarded with world ranking points, which skews the system.

LIV Golf will also point out that world ranking points are currently awarded to competitors playing the in the smaller field PGA Tour events like the Tour Championship and Tournament of Champions.

If LIV meets all the criteria, wouldn’t it just be approved?

No. The OWGR can approve or deny points on whether applicants meet the criteria.

The board can also amend the criteria for joining.

Is the OWGR crucial in the long-term success of LIV Golf?

It is a very big deal. Greg Norman was quoted saying that if OWGR points are granted then “everything else takes care of itself”.

Next page: Rookie who turned down LIV Golf wins on Korn Ferry Tour