The MENA Tour confirmed on Wednesday afternoon that it has joined LIV Golf in a 'strategic alliance' which will see the controversial series gain world ranking points. 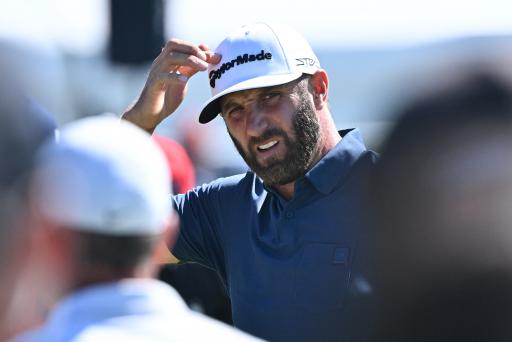 The MENA Tour has officially announced a strategic alliance with the LIV Golf Tour which will see their events qualify for Official World Golf Ranking (OWGR) points.

The alliance will "boost" the MENA Tour's development programs and will qualify the LIV Golf Tour for world ranking points, something they didn't have before.

News first broke about LIV Golf's partnership with the MENA Tour in order to receive OWGR points by James Corrigan of the Telegraph.

Brooks Koepka's wife Jena Sims also did her best to break the news to the world.

The MENA Tour, based in Dubai, earned OWGR status in 2016. It has hosted events in the Middle East and North Africa. It provides a pathway for players to the Asian Tour and the Asian Development Tour.

"Through this alliance, our players will now have enhanced playing opportunities and stronger pathways. This is great news for the future of many young players on our Tour."

The 48-man field for the LIV Golf Invitational in Bangkok will be the opening event of the 2022/2023 MENA Tour season and as first reported by James Corrigan of the Daily Telegraph, the event will be submitted to the Official World Golf Rankings.

LIV Golf, commissioned by two-time major champion Greg Norman, needed this 'strategic alliance' in order to deliver world ranking points for the participants who have left and been suspended by the PGA Tour.

Through the first five events of the Saudi-backed series, LIV Golf players have fallen down the world rankings as the tour sought eligibility. Players need world ranking points to qualify for major championships and the Ryder Cup.

The MENA Tour was founded in 2011 by the Shaikh Maktoum Golf Foundation. The tour is open to both professional and amateur players.

In September, each player who played in the LIV Golf Chicago Invitational signed a letter which was sent to Peter Dawson, the chairman of the Official World Golf Rankings, pleading for ranking points.

"We are taking this mutually beneficial action to support the game at the developmental level and because of the importance and fairness of LIV golfers qualifying for OWGR points," said Atul Khosla, the President and COO of LIV Golf.

"We’re pleased to create pathways that give more opportunities for young players, while also giving fans rankings that include all the world’s best golfers."