Russell Knox believes the likes of Sergio Garcia, Lee Westwood and Ian Poulter going to LIV Golf could be the "best thing" that has ever happened to the European Ryder Cup team. 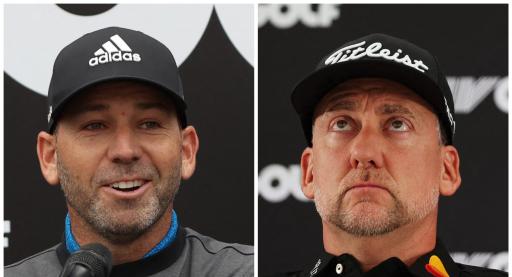 PGA Tour pro Russell Knox believes the likes of Sergio Garcia, Lee Westwood and Ian Poulter going to LIV Golf could be the "best thing" that has ever happened for the European Ryder Cup team.

Garcia is the all-time Ryder Cup record points scorer but he will be 43 at the next Ryder Cup. Poulter will be 47 and Westwood will be 50.

Knox, 37, wants to see as much fresh blood in the 2023 European Ryder Cup team when Rome swings round next September.

The Scot made his feelings be known to The Scotsman ahead of this week's Genesis Scottish Open that is being co-sanctioned by the DP World Tour and PGA Tour.

"One potentially good thing for the European Ryder Cup team is it’s got rid of all the old boys who were hanging on for dear life, hasn't it," said Knox, clearly referring to the likes of Westwood, Garcia, Poulter, Graeme McDowell and Martin Kaymer who now all face the possibility of being banned from the biennial contest due to playing on the Saudi-backed LIV Golf Invitational Series.

"They’re gone now. So good, there’ll be a lot of great young players coming in and it might be the best thing that’s ever happened for us."

Poulter won his legal challenge against the DP World Tour in order to overturn their decision and be allowed to compete at the Scottish Open this week.

There has been a big rumour this week that European Ryder Cup captain Henrik Stenson is going to break away from the DP World Tour and PGA Tour to join LIV Golf.

Should that happen then it would all-but end any hope the Swede has of keeping his captaincy for the September 2023 clash with Zach Johnson's United States side in Rome.

Read the full Russell Knox interview with The Scotsman here