Graeme McDowell says he wishes he didn't say anything when he defended the LIV Golf Invitational series. 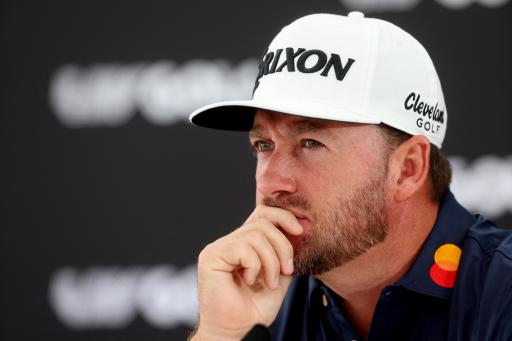 In an interview with BBC Northern Ireland, the 42-year-old admitted that he felt like he was having his moral integrity “attacked all the time” when all he is trying to do is play golf.

The 2010 U.S. Open winner claimed there are “tenuous links” to the Saudi regime and professional golf which has made him an unfair target.

Related Articles
Koepka: "Playing all over the world was one of the reasons I joined LIV Golf"
LIV Golf's Dustin Johnson and Brooks Koepka in worst OWGR spots since 2015

The Northern Irishman claimed that the murder and dismemberment of dissident journalist Jamal Khashoggi was “reprehensible” but claimed: “We’re not politicians, we’re professional golfers.”

In his latest comments, McDowell admits that this was a mistake and that he should have just said “no comment” because it has been “a really tough couple of months”.

"I’m having my moral integrity attacked all the time when, at the end of the day, all I’m trying to do is play golf. I’m trying to make a business decision for me and my family,” he said.

“And, you know, I’ve paid my dues in this game over the last 20 years, I’ve tried to carry myself the right way.

“The tenuous links to what the Saudi regime have done, the horrible things they have done, they’re trying to link this to golf and playing professional golf.

“It’s very difficult when you’re in a situation where you’re literally being asked questions that there are no right answers to and you’re just being torn apart for it.”

McDowell later argued on social media, claiming that the LIV Golf would be more compelling once “the smear campaign was over”.

He added: “I don’t wake up and feel proud of myself every day. You know, I can’t turn on my Instagram or Twitter account without someone telling me to go die.

“It’s been a really tough couple of months. But again, I expected it, I knew what the consequences are going to be, I just didn’t realise kind of just how heavily this was going to be hammered, trying to answer questions which are unanswerable.

“That’s probably the only mistake I made in London at the first event when I was in my press conference – I just wish I’d said nothing.

“I just wish I just sat there and just kind of shook my head and said no comment. But it’s not who I am. I always try and be truthful and try to answer questions. I shouldn’t have bothered.

He continued: “What I do is I play professional golf, I play golf for money. I’ve chased that money all over the world all my career.

“I’m 43 next month and, you know, the LIV Golf opportunity was incredibly lucrative. Do I research into the morals of every dollar I’ve ever made? No, I don’t.

“And, unfortunately, because of the competitive threat that this tour is compared to the other tours in the world the negativity has been focused heavily on here and it really hurts to kind of see my name attacked the way it has.”

Next page: DeChambeau jokes about how much his LIV deal is worth