Xander Schauffele commits himself to the PGA Tour despite strong LIV Golf rumours. 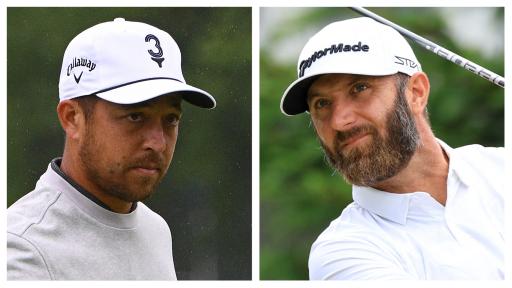 Olympic Golf champion Xander Schauffele has denied a rumour that he will be breaking away from the PGA Tour to join LIV Golf.

Schauffele has been strongly linked with a move to the controversial Saudi-funded LIV Golf Invitational Series alongside a host of other PGA Tour names such as Collin Morikawa, Viktor Hovland and even Brooks Koepka.

But following a conversation exchange with GOLF's Dylan Dethier at the US Open this weekend, Schauffele has confirmed his allegiance to the PGA Tour.

And he has even burned the likes of Saudi golf rebels Dustin Johnson, Bryson DeChambeau and Phil Mickelson in the process.

Talked to Joaquin Niemann about LIV, too. His answer was very similar.

"[The top players] are still here and as long as they’re here, I’m not going anywhere. No chance," he said. "If I was 40? Maybe it would be different."

"I want to play against the best players in the world, and they’re on the PGA Tour," Schauffele told Dethier.

"Nobody that has left has moved the needle for me."

Dethier also revealed how he spoke to Chile's Joaquin Niemann, who said there is "no chance" of him making the move to Greg Norman's circuit.

Niemann said: "[The top players] are still here and as long as they’re here, I’m not going anywhere. No chance. If I was 40? Maybe it would be different."

Harold Varner III had also been linked with a move to LIV Golf but he confirmed earlier this week that he will be sticking with the PGA Tour - largely down to a conversation he had with his sporting hero Michael Jordan.

Then again, how confident we should all be that PGA Tour players will be sticking by their word is another subject, especially after Bryson DeChambeau said two weeks he would be staying on the circuit only to go back on his word and join LIV Golf a few days later.

A couple more names are expected to be announced next week for LIV Golf's Portland event at the end of the month.

Rumours have emerged today that Abraham Ancer could be making the switch, but let's see what transpires over the coming days.

Next Page: PGA Tour pro denies he will be making the move to LIV Golf