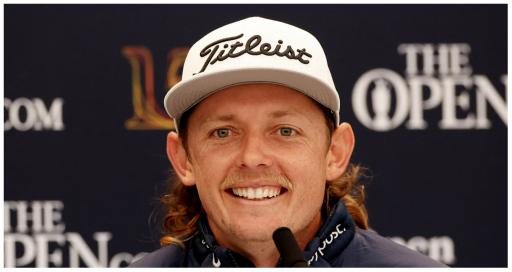 Gavin Kirkman, the PGA of Australia chief executive, says LIV Golf players will "always be welcome" at their events, despite two of their biggest tournaments being co-sanctioned with the DP World Tour.

According to a report by Elvin Priest of Australian GolfDigest, Kirkman stated that their position is that LIV stars like Cameron Smith would "always be welcomed home if they're a full member of the PGA Tour of Australasia."

If you didn't know the Australian PGA Championship and Open are co-sanctioned by the DP World Tour, who initially fined their members £100,000 and suspended them for teeing it up in LIV's opening event at Centurion Club in June.

Related: How much they all won during LIV Golf's inaugural season

Ian Poulter was one of those players who was fined and suspended. He took legal action and a tribunal put a hold on the bans, pending an outcome by Sports Resolutions UK in February.

The PGA Tour of Australasia is also in a strategic alliance with the DP World Tour through to 2026.

"Both the [major] tours have made their decisions on sanctions or penalties based, but our current regulations and policies for our members are about playing in a conflicting event.
"Our position is they were always going to be welcomed home. If they're a full member of the PGA Tour of Australasia, and they enter in an event, our current regulations deem that we can’t stop them from playing. Our Australian players who are playing LIV golf, we respect their decision."

Of the aforementioned Smith and Marc Leishman's decision to join LIV Golf, he added:

"I won't say I wasn't disappointed to [no longer] see them flying the Australian flag on the PGA Tour, DP World Tour and other global tours and even in the Presidents Cup, but they are their own brands and they're still very much engaged in Australian golf and they're coming home to support us this summer, so I wasn't going to disrespect that decision."

Kirkman confirmed to the publication that he held a meeting with with Greg Norman earlier this year.

But Kirkman said they have not spoken in the last six to 12 months.

Rumours have been circulating that LIV Golf are also lining up Norman to be replaced, but the series have denied this is the case.

He said that he was confident the board made a decision "in the best interest of our membership" to partner with the DP World Tour through to 2026.