Report: Matt Wolff expected to be announced as next LIV Golf player

LIV Golf are reportedly about to announce Matt Wolff to their growing roster. 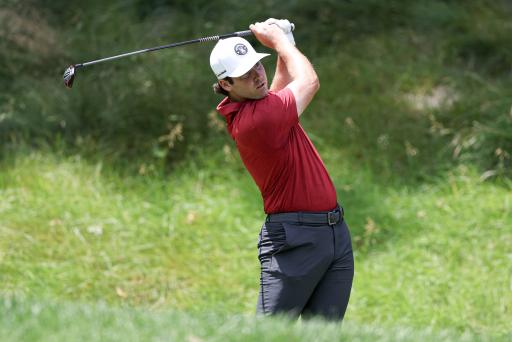 America’s Matt Wolff is expected to be named as the next PGA Tour player to turn his back on the established circuit in favour of the super-rich Saudi-backed LIV Golf series.

According to a report by The Telegraph, Wolff has decided that his future lies away from the PGA Tour and he has signed a multi-year deal with the Greg Norman-led circuit.

Wolff has been linked with joining LIV Golf since he and Bubba Watson were both featured in a LIV Golf promotional video that was doing the rounds during the first $25m event at Centurion Club.

The youngster has made no secret of his struggles in recent years. Wolff was filmed snapping his club in frustration at the 86th Masters as he struggled to play Augusta National.

Such a move by Wolff would be a big blow to the PGA Tour because he is 23 years old and to all intents and purposes has a bright future in the game.

That is because he was once ranked inside the world’s top 20, and finished in the top five in his first two majors. The Californian won his lone PGA Tour title at the 3M Open in July 2019.

Now Wolff has dropped as low as No. 75 in the world and has missed four cuts in his last five events. There are not cuts in LIV Golf and guaranteed pay days along with a lucrative signing on fee.

LIV Golf have reportedly also snapped up highly-ranked youngster Eugenio Chacarra. The 22-year-old was the world’s second highest ranked amateur and his nickname is “Wonder Boy”.

The fact that Chacarra has decided to jump straight to LIV Golf instead of making his way through the ranks will sound alarm bells in PGA Tour HQ.

Chacarra told the media of his decision: “My position is that of a player who is not a member of the PGA Tour or the DP World Tour, and I have not earned money while I have been an amateur, so I can play in this league without problems.

“This contract gives me peace of mind and ensures the future of my family. My grandfather always told me that when you have an opportunity, to take the train.”

Wolff will now be subject to a suspension by the PGA Tour.

Last week the DP World Tour issued sanctions to their members who teed it up at the first LIV Golf event at Centurion Club.

LIV Golf have reportedly said they will cover those £100k fines which are reportedly going to double for every event they play.

The next LIV Golf event begins this Thursday in Portland at Pumpkin Ridge.