More LIV Golf regulations have been revealed in a new court filing, including the much talked about media rights of players. 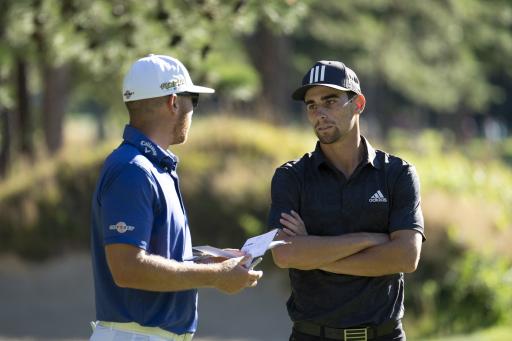 Once we knew the PGA Tour's battle with LIV Golf was headed for the courtroom, there was always going to be some interesting revelations.

We got a few in the first court hearing a few months ago as three LIV players tried to force their way into the FedEx Cup Playoffs.

Those players - Hudson Swafford, Matt Jones and Talor Gooch - were denied the opportunity to compete in the postseason with this scathing remark by the judge, Beth Labson Freeman.

But also during that hearing counsel for the PGA Tour asked the judge to unseal certain documents that were redacted by LIV in their original temporary restraining order motion filed in August.

The judge agreed and on 1 September, ruled that certain information did not meet the necessary legal criteria to be fully redacted.

Now the public have access to two documents that shine a further light on the LIV players' contracts. These documents relate to a 31-page "Player Participation Agreement" for Gooch and a 66-page "Rules and Regulations for LIV Golf".

The documents were first published by SI's Alex Miceli.

Additionally, the copy provided to the court indicates that the rules and regulations document is an "early version" which has since been amended at least once after LIV's curtain-raising tournament at Centurion Club in June.

This is the key information from the documents:

What is going on with Talor Gooch?

Gooch, in particular, has previously claimed that he played the first LIV Golf event without a contract.

According to the court documents, he agreed to sign for LIV Golf on 28 May, a week before he played at Centurion Club.

Gooch claimed that once the PGA Tour suspended him then he signed with LIV.

According to SI, Gooch also has a non-relegation clause until after the end of the 2025 season, which is reportedly not common in most agreements.

Next page: Talor Gooch takes a big step towards The Masters