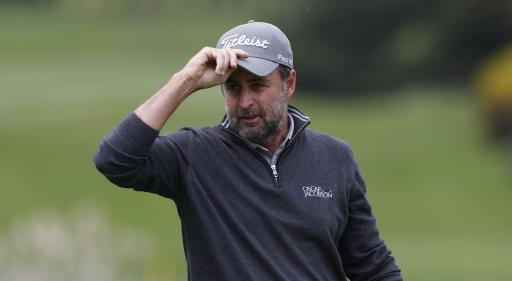 DP World Tour favourite Richard Bland confirmed that he has requested a release from the DP World Tour to play in the first event of the LIV Golf Invitational Series.

Bland, speaking at the Betfred British Masters at the Belfry, admitted that he intends to play in the event to be held at Centurion Golf Club on June 9.

The 49-year-old secured his first win on the DP World Tour at this venue last year in what was an emotional moment for his friends and family. It was the Englishman's 478th appearance on the tour.

"I have and if it's ok, that's where I want to leave it," Bland said to the media.

"For now, I want to concentrate on this tournament and I want to respect Betfred and the British Masters. So yes I have, but right now, the DP World is my 100% focus this week.

Related: How to stream the Wells Fargo Championship for free online

"I want to make a good defence of my title and I'll leave it there."

Bland has become one of the most popular figures in world golf since securing his maiden win in Europe. He has reached 48th in the world rankings and advanced to the last 16 of the WGC Match Play in March when he finally lost to Dustin Johnson.

Bland has confirmed the rumours that surrounded his involvement in the LIV Golf Invitational Series which is being bankrolled by the Public Investment Fund, the sovereign wealth fund of Saudi Arabia.

Fellow European players such as Lee Westwood, Sergio Garcia and Ian Poulter have also been rumoured to express interest in the breakaway tour which will see eight events played over 54 holes, with no cuts and shotgun starts.

Players from the PGA Tour such as Jon Rahm, Collin Morikawa, Rory McIlroy and Bryson DeChambeau have all rejected the LIV Golf Invitational Series.

Next Page: Dad introduces little boy to golf and his instant reaction is hilarious!