The Saudi Golf League have reportedly recruited 20 players for their venture and plan to play their first tournament in the week of the PGA Tour's flagship event. 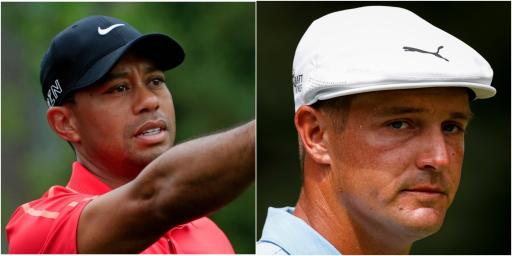 The Saudi Golf League could play their first event the same week as The Players Championship, according to one journalist.

Alan Shipnuck reports that one "prominent Tour agent" claims the plan was always to announce the SGL when 20 player have signed up.

According to Shipnuck, they have just reached that point. It is now expected to kick-off the week of the Players at TPC Sawgrass.

Whether or not this is true should be taken with a pinch of salt. But several high-profile players have spoken about the SGL.

Non-disclosure agreements have been signed. Adam Scott is "sworn to secrecy". Rory McIlroy is simply fed up about being asked about it.

There appears to be a clear divide. Several players have pledged their allegiance to the PGA Tour and won't take the risk of jumping ship.

A very prominent Tour agent tells me the Saudi plan has always been to announce once they have signed 20 players…and they just got to 20. A formal kick-off is now expected the week of the Players, the PGA Tour’s flagship event. I respect the bitchiness.

Absolutely nothing. The Saudi Golf League will fly under the flag of the Asian Tour, which is reputable and, more to the point, gives out World Ranking points. The SGL will be an easy way to play your way into the Top 50…and thus get invited to every major. https://t.co/9tSEguQH6o

They include Jon Rahm, who spoke at the Genesis Invitational and said he is "pledging my fealty" to the PGA Tour.

McIlroy, though he was sick to the back teeth of being asked about it, will also refuse to play. He didn't want to "tarnish" his reputation.

Collin Morikawa, too, felt like there were a lack of answers over the concept. Brooks Koepka is staying, too.

Elsewhere, Aussie Scott confirmed he was in discussions with Greg Norman's LIV Golf Investments. Though he was "sworn to secrecy".

Bryson DeChambeau has refused to publicly comment, although he said rumours he had quit the PGA Tour are completely inaccurate.

Earlier this week Kramer Hickok claimed that 17 players have already signed up to the concept. Read about that here.

The Players Championship, the tour's flagship event, will boast at least a $20million purse, the PGA Tour previously announced.

It is by far the most money available in a single tournament and will dwarf the purses at the four majors.

Whoever takes down the title will reportedly earn $3.6million. Justin Thomas is the defending champion.